If you were not aware, EA Sports revealed some FIFA 15 online maintenance started early on May 11, 2015 and first announced the downtime yesterday. If you are in the UK, then you would have seen FIFA 15 servers were down for around 3 hours today. Those in the United States would have seen servers taken down late on Sunday night.

EA mentioned in a tweet that the downtime would last exactly 3.5 hours, but this isn’t always the case when further problems take place after FIFA 15 players try to connect online again. As in the past, some gamers have local network issues and need to restart their routers. 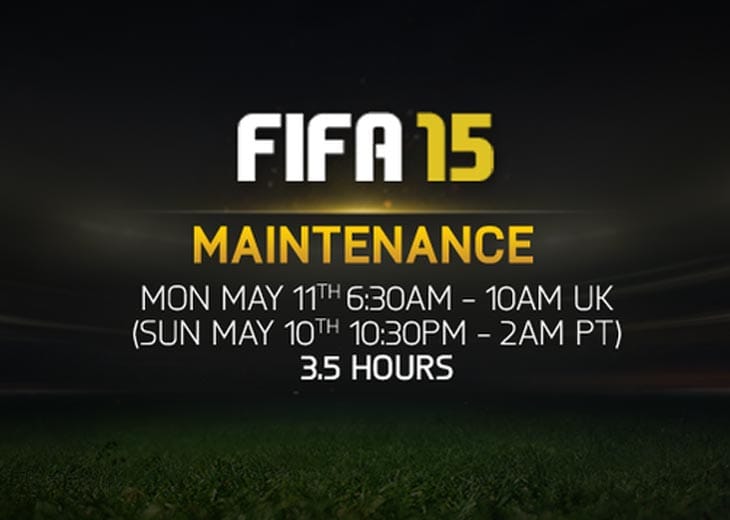 Are you able to connect to FIFA Ultimate Team after the May 11 maintenance? The servers should have come back up at 10AM UK time, or 2am PT, as seen in the official image shared on EA Sports Twitter account.

If you have further problems, or believe the maintenance has been extended then share a comment. Considering the 10AM deadline has passed, you shouldn’t have a problems on either Xbox or Playstation consoles, and we haven’t heard about extensions from EA. Keep an eye on our EA FIFA 15 problem page that will get official updates, as they arrive.