If you don’t know already, FIFA 15 Legends are once again going to be exclusive to Xbox One and Xbox 360 versions of FIFA 15, with FIFA 15 legends not coming to PS4. Now, we have a good heads-up on what to expect in terms of potential FIFA 15 Legends ratings which EA are yet to announce officially.

We already gave you a list of the new FIFA 15 Legends that will be appearing in the game, including footballing greats such as Peter Schmeichel, Roberto Carlos, Sir Bobby More, Roy Keane, Michael Laudrup and many more.

Now though, we can bring you some excellent FIFA 15 Legends rating predictions to give you an idea of what the new stats could be. Remember that at the moment, the highest legend rating in the game is Pele on a 95. 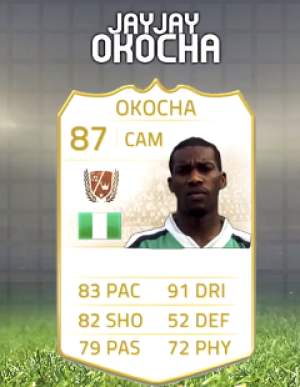 This is unlikely to be beaten given that EA are strangely against adding Maradona into FIFA 15 as a Legend, but we do have some comparison ratings. We have a series of videos to show you below, giving legend ratings for players such as Jay Jay Okocha who has been awarded with an 87 and plenty of high skill stats.

Michael Laudrup was also very skilled in his prime and in the first video we see him with an 89 rating which is pretty good. Franz Beckenbauer could be given a very high rating from EA, with this prediction even going for an 93 which is almost as good as Pele believe it or not.

A second video which we have included takes a look at FIFA 15 legend ratings for Carlos Valderrama, Roberto Carlos and Laurent Blanc. Check it out and let us know what you think about the ratings – do you think they are spot on or a bit over the mark?

We’ll let you know when EA disclose the official ratings. Do you agree that Maradona, Zidane and Ronaldinho need to be added to this game?