We have a reminder for those that didn’t get the message, to say that FIFA 15 servers are down again on July 22 for a whopping six hour maintenance period.

If you are trying to play FIFA 15 FUT right now in the UK, you can’t as the servers won’t be back up until 12pm on July 22 having gone down at 6am UK time.

It’s also bad news for those hoping for a late session in the US as it means that FUT is down on July 22 from 10pm to 4am Pacific Time. 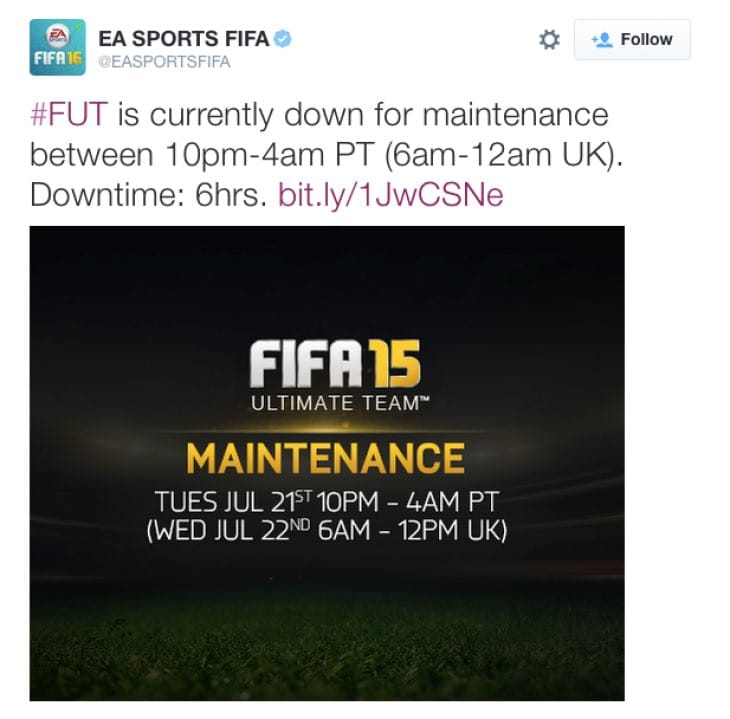 Above is the confirmation from EA for the outage, although they haven’t given a specific reason why the game is going down for so long other than to say that the FIFA 15 Web app and mobile app will be down too.

What are your thoughts on this new period of downtime for the game – can you connect to FIFA 15 FUT right now as some are saying that they can still get in?