The FIFA 15 TOTY forwards were revealed on Jan 16 just moments ago, although just over an hour later the FUT Store is not working thanks to high-usage. The news broke within the last 30 minutes on EA Sports official Twitter page, which explained the FIFA 15 FUT Store was not working and connectivity issues will vary for gamers today.

You can see the exact quote within the EA Sports FIFA tweet below. It’s not clear if the FIFA 15 FUT Store going down was related to TOTY forwards being announced, or just similar timing. High-usage no doubt signals the problem is due to extra players online, or maybe even a DDOS attack, although this cannot be confirmed right now. 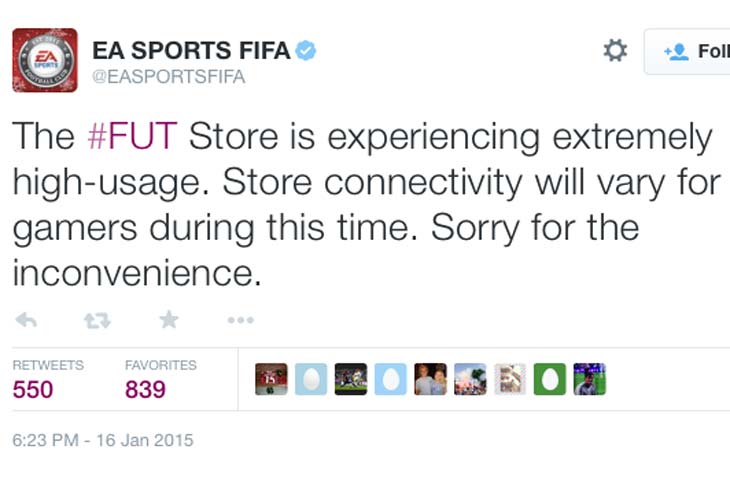 Are you seeing the FUT Store not working today, or have you seen FIFA 15 servers go down much in January? Reactions to the above FUT server problems revealed different types of issues. Thanks to the intermittent server downtime due to high traffic, it looks like some people purchased FIFA points and they didn’t come through. Others just want EA to spend more money on server capacity to solve many of the outages. 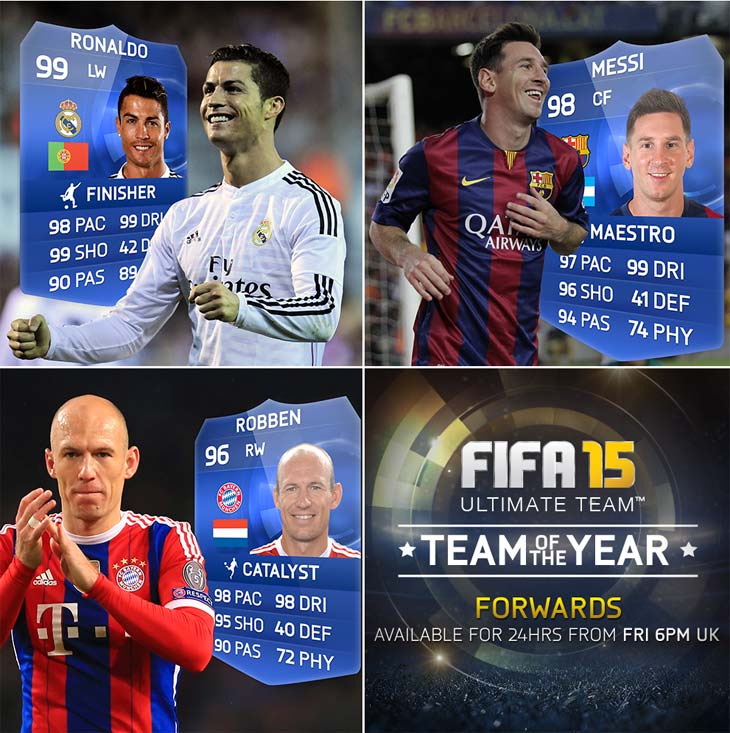 Earlier today, we looked at possible FIFA 15 TOTY strikers and the release time for what could be Ronaldo and Messi. As you can see in the screenshot above, the FIFA 15 TOTY forwards have been fully revealed within the last couple of hours.

The tweet revealing the FIFA 15 TOTY forwards named Messi, Robben, and Hashtag 99 Ronaldo. The message was led by the text, “OVER-POWERED” and then introduced what many gamers already expected in 2015 for last year.

Leave your comments below on both the FIFA 15 FUT Store not working today, and of course the timing of this right after TOTY forwards were revealed. We do wonder if EA could ever produce enough capacity to deal with player demand at all times.