Unfortunately, we can see that the FIFA 15 FUT servers are down yet again on April 2 with another round of maintenance. The FIFA 15 outage this time is surprising, as we didn’t get a warning prior to the servers going offline and now gamers face a brief period without being able to play the game.

EA has just confirmed to everyone on Twitter that the FIFA 15 servers are down for FUT and have apologized for the inconvenience too.

That tells us that they were not expecting it themselves, so hopefully it’s not a serious problem with the servers that will lead to more downtime later. 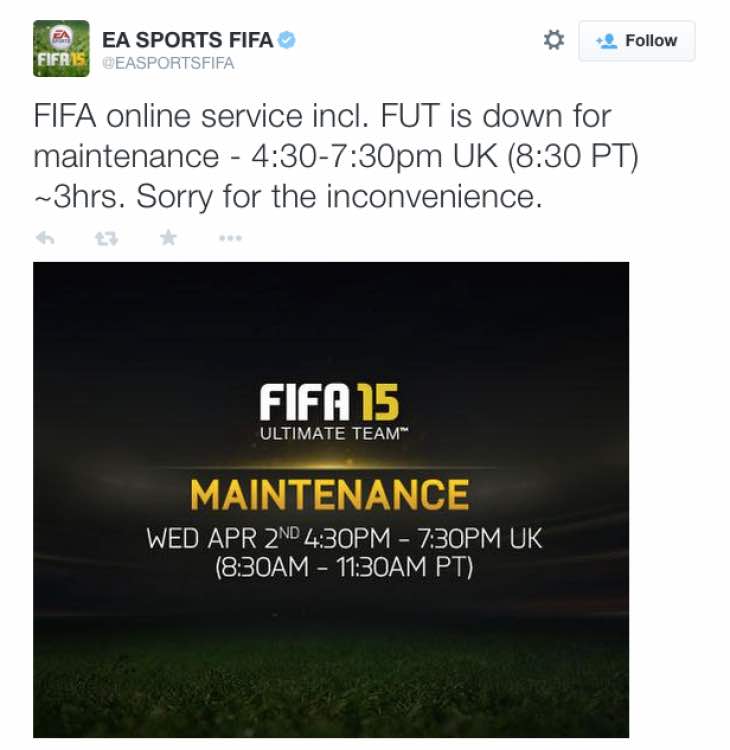 This means that in the UK, you’ll be able to play again at 7.30pm GMT time. It’s obviously a pretty bad time to take the servers offline, just when students are coming back home and expecting to go on to FIFA 15 only to find that they can’t play.

Fingers crossed that the maintenance does only last 3 hours, as in the past we have seen complications arise and the maintenance window last more than the time EA states.

Are you trying to connect to FIFA 15 right now? Give us your thoughts on the new downtime.