The FIFA 15 EA servers will briefly not be available on PS4 only later today, January 13. This has been confirmed by the official Twitter account, as you can see within a screenshot of the EA Sports tweet below and the outage will last only for 5 minutes.

One message PS4 players might see is “FIFA 15 EA servers not available at this time”, which could appear at 11:30PM in the UK and 3:30PM PST for USA. The downtime could last longer than the scheduled 5 minutes that’s clearly seen in the Twitter update. 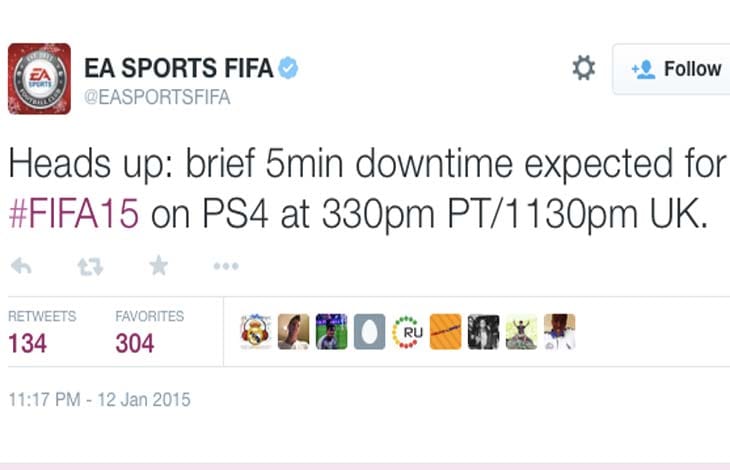 It’s not clear if this was an exact timescale, or just a figure of speech, so we’ll let our readers debate that in the comments once the downtime starts.

Did the EA servers go down today at the said time and if so, did everything work again in FIFA 15 within 5 minutes? As we mentioned above, this is meant to be for PS4 consoles only and not impact Xbox One and 360. If your Xbox system has connection problems, then we’d love to hear about that as well below.