Hours ago we told you about the big FIFA 15 1.05 update that landed on PS4, as well as on other platforms. The big talking point since the update, is the fact that EA has now effectively shown another red card to persistent FIFA 15 coin sellers.

We have told you in the past that EA was finding ways to eliminate this naughty trend in the game, at the same time implementing other changes to make it more balanced and ‘fair’ for other players using the FIFA 15 transfer market.

Now, we can safely say that EA has dropped a few bombs and unsurprisingly, the FIFA 15 Twitter brigade is out in full force – hurling insults and abuse at EA in the process since they can’t cheat the system any more. 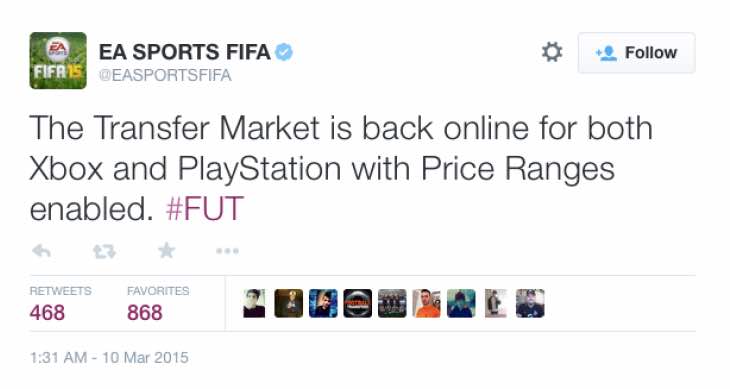 Wishing cancer on people simply because you can’t buy your discounted coins any more is a bit embarrassing truth be told and hopefully EA are planning to take further action to eradicate it from the game fully. 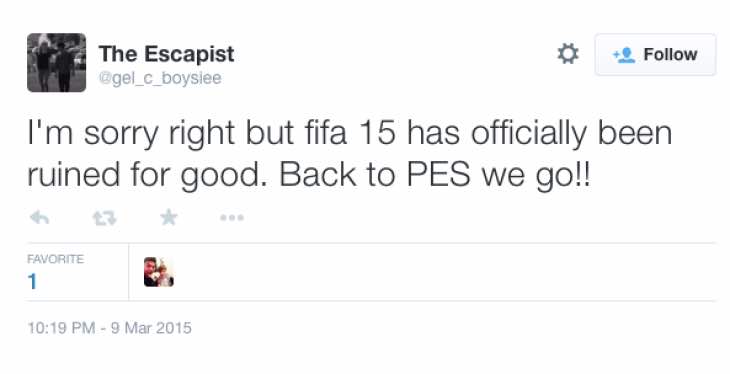 In the meantime, we’ve seen others really take it to heart such as a group who are now telling everyone to boycott FIFA games and play Konami’s PES franchise instead. 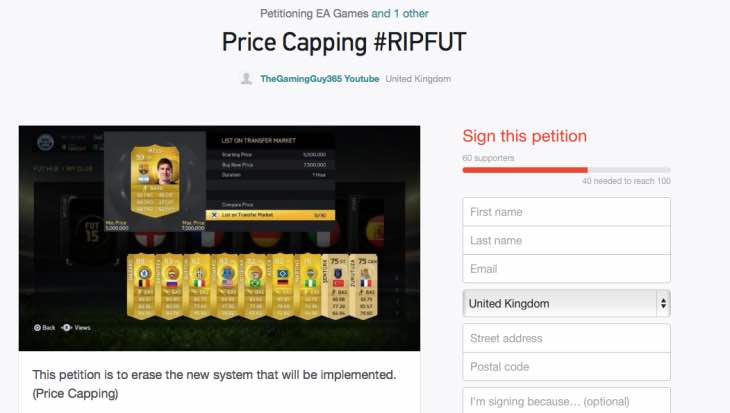 We’ve also spotted a petition over at Change.org, asking EA to reverse the changes in the latest update and allow the system to go on as it was unchanged.

Are you a FIFA 15 FUT player affected by the changes? If so, get in touch with us below and let us know what you think of EA’s latest update.