This FIFA 15 Barclays Premier League transfers video got uploaded over the weekend and offers up 3 player predictions for Ultimate Team. These include Liverpool football club player Adam Lallana who transferred from Southampton and Lazar Markovic also now playing at LFC. The third rating prediction for these FIFA 15 BPL transfers is for Manchester United FC player Ander Herrera.

You can see the FIFA 14 rating for LFC’s Adam Lallana next to a FIFA 15 prediction below. This includes the overall 78 score upgraded to 82 and a breakdown for pace, shooting, dribbling, and more. You can see another prediction from earlier in the year within this article. 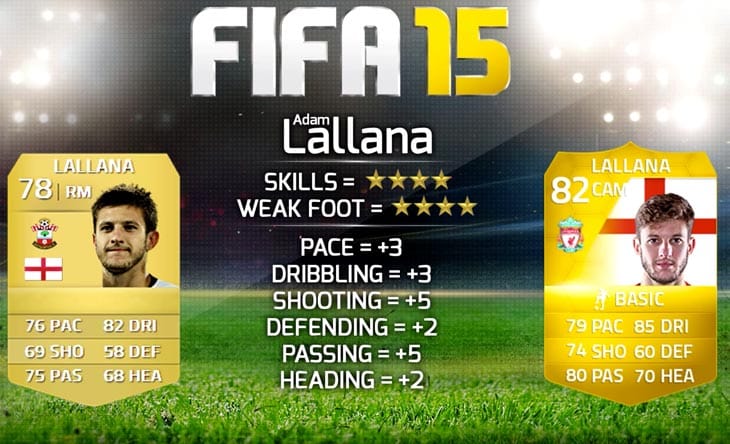 Ander Herrera is featured in the next screenshot below, and his overall rating jumps up from 79 to 81 at Manchester United FC in this prediction for FIFA 15. 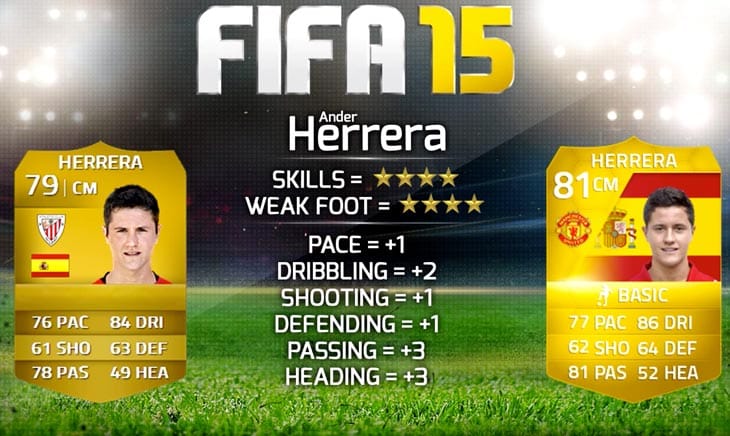 What’s your thoughts on the rating predictions for these FIFA 15 BPL transfers? You can get further insight into the above ratings, why they are being given, and of course also see the full details for Liverpool FC player Lazar Markovic as well.

Take a look and let us know if you agree with these ratings and if not, what would you give each of the football players for the new FIFA game.