EA has just released the official FIFA 15 5-star skillers list and there are some big surprises in store. Amusingly, we see the likes of Assaidi on the list, included with star studded names such as Real Madrid’s Ronaldo, Barcelona FC star Neymar Jr and Pele.

Assaidi didn’t have the best of time at Liverpool and now finds himself at Stoke, where he actually had a very good loan spell last season. EA however sees his potential and Oussama Assaidi is now on the top 5-star skillers in FIFA 15 list, despite only having a silver card 74 rating.

It means that Assaidi will theoretically be able to pull off the same skill moves as Pele in the game, who EA have rated the number one skillful player in FIFA 15 – even beating off Ronaldo and Neymar who are in second and fifth spot respectively. 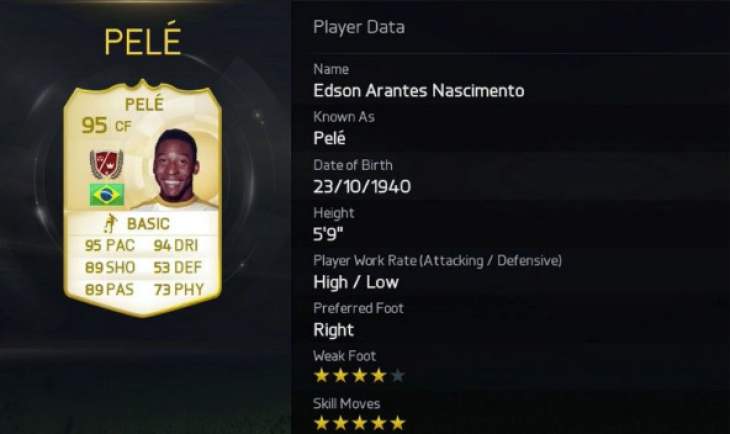 The images in which we’ve supplied here let you sit back and enjoy a light hearted stats comparison with Assaidi and the legend Pele, who will be an Xbox One Legends exclusive remember due to EA’s deal with Microsoft.

Are you surprised that the likes of Assaidi is on this list, but Philippe Coutinho is not? We bet you can think of many other skillful players who deserve to be on the list ahead of some players that EA has chosen.