We have some important news for those of you playing FIFA 15 on PS4. We can confirm that hours ago, EA has sent out a big FIFA 15 1.04 PS4 update. It should be live for you to download right now and we have the full notes for you to read through.

We told you here that EA were planning to update the game in November in relation to new MLS content and now it looks like EA has kept to their word.

We have just installed the update on PS4 ourselves and we can tell you that the FIFA 15 PS4 1.04 update is 328.1MB in size, so a fairly big update. 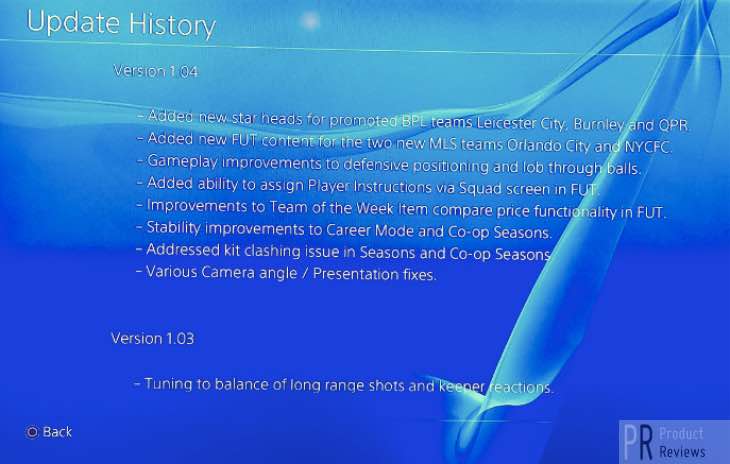 There’s also been a big update to Barnsley, Leicester and QPR with EA finally adding more official player faces to these promoted teams.

Full FIFA 15 1.04 patch notes on PS4 can be read over at EA’s forums here. Let us know if you have already updated and your experience so far on the new version.

What are your thoughts on the new MLS content?