We have some great news for those of you playing FIFA 14 on Android and iPhone. EA Sports has made a lot of users happy by finally delivering the highly anticipated FIFA 14 World Cup update for mobile.

It means that the portable version of FIFA 14 is now essentially another portable version of 2014 FIFA World Cup game for PS3 and Xbox 360. This update has been a big request from the community and it now allows mobile users on iPhone, iPad and Android to play as official licensed national teams with their official kits.

As a further icing on the cake, you’ll also be able to have an early taste of the World Cup in Brazil by using the official World Cup football, which is the Adidas Brazuca ball. 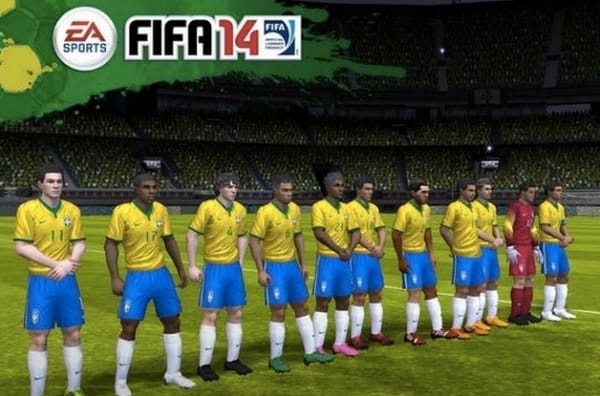 You can also participate in EA’s Matches of the Week which is a special feature that will countdown to the start of the World Cup in style. Have a look at our screenshot here in the meantime that unveils the official starting 11 lineup for Brazil – can you identify each player?

We can confirm that FIFA 14 update 1.3.6 is now live on iOS, but the World Cup FIFA 14 update for Android should be available as well. Let us know if you have been playing and what you think of the update which is free to everyone – has EA done a good job on this?