We have shown you plenty of gameplay for FIFA 13 showing of some of the brand new features of the game, but now we have one new video to show you which gives you a preview of some of the new breathtaking skill moves that will be in the game as well.

If your style of FIFA play is all about using silky skill moves to beat your opponent, you’re going to be spoilt for choice at some of the moves available in FIFA 13. EA has released a new video specific to some of the new skills in the game and you can bet that the likes of Messi and Neymar are going to be very tough to beat when they are running at you at full pace.

Pay particular attention to the skills demonstrated by Jadson at 0.15 into the video – how good does that look? Imagine if you can pull off some of the same moves when playing against your friend, you’ll make him look very silly indeed and even better if you can then upload your replay direct to YouTube. 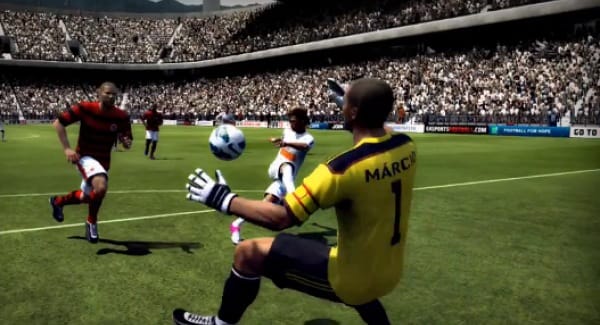 There’s still a bit of criticism floating in the air on how FIFA 13 looks very similar to FIFA 12, but we’re guessing all concerns will be answered when the demo releases on September 11 – you can check out what teams will be playable in our previous report here.

What are your thoughts on the skills shown in the video? Are they moves that you are already pulling off regularly on FIFA 12? We see that EA has included the real celebrations for Neymar and Mario Balotelli as well which is good, although we’re not sure why Robinho is playing for Barcelona – taken from Ultimate Team perhaps?

Watch the video below and let us know what type of FIFA player you are.