We knew FIFA 13 was going to be popular and an addictive game once fans got their hands on it, but this is taking things to the extreme a little bit. A new survey has emerged, suggesting that FIFA 13 is solely to blame for a good portion of new relationship breakups in the UK.

It’s no secret that video games and loved ones are not a good combination together. Whether it is pretending you are ill or simply lying outright to a partner to get that extra session of FIFA in, EA’s new name is starting to take addiction to dizzy new heights.

A survey compiled by VoucherCodesPro has concluded that 31% of a polled 1,124 newly single gamers have specifically admitted that FIFA 13 played a part in the build up to their relationship ending with a partner. Other FIFA 13 factors that culminated in the split include FIFA 13’s addictive transfer window feature and the frustrating issues regarding connection problems when trying to play online. 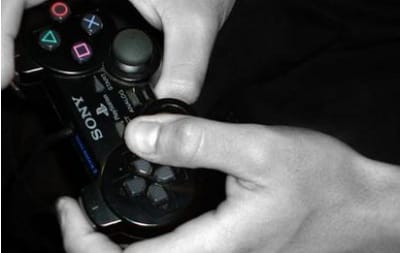 Skyrim is another one of those really addictive games that some people just find it hard to put down, but is it that competitive nature within FIFA that causes some to lash out at the nearest person next to them? We can definitely agree that games with a ‘losing aspect’ to it can have negative consequences on a relationship if a partner happens to be next to them most of the time.

Are you guilty of having a rant at your partner after losing a game of FIFA, Call of Duty or any other addictive video game? If so, let us know what game it was and if they took action because of it. Don’t be shy – it’s happened to most of you I bet. Just buy them some flowers and calmly continue with your game.