The day has finally arrived for millions of FIFA fans across the UK. FIFA 13 went on sale at special midnight launches across the country and the big question that gamers will be finding out now, is whether FIFA once again beats PES as the best football game available on console.

We’ve heard numerous times that Konami has now ‘bridged the gap’ on FIFA with PES 2013, but most of you who have played both demos will probably already have an idea in your head on which game is the better out of the two. Now that FIFA 13 has been released though, the collection of reviews are available as well, giving you a semi professional opinion on which game comes out on top.

Unsuprisingly, it is EA that has once again emerged victorious, as FIFA 13 has managed near perfect scores from a selection of some of the well known gaming websites in the industry. IGN has awarded FIFA 13 a 9/10, stating that you’ll find it hard to find a game more enjoyable this year. 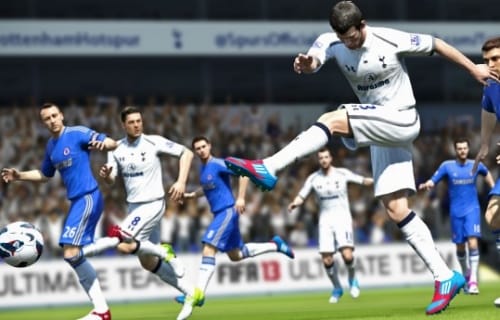 Another 9/10 for FIFA 13 has come from Eurogamer, as they have said that the game is more detailed and engaging than ever before. The good news for PES 2013 fans though, is that Konami’s new effort is not far behind. The game has managed impressive scores in its own right, with CVG giving PES 2013 a 9.1/10 and IGN posting an 8.5/10 for the game.

If you’re a keen believer of Metacritic review scores, you’ll be interested to know that FIFA 13 currently has a Metacritic of 88 on the PS3 and 90 on the Xbox 360. In comparison, PES 2013 has only managed an 82 on PS3 and 83 on Xbox 360 – quite a sizeable gap between the two franchises you have to say.

We’ve listed a selection of reviews for you to browse through and see which game critics believe is the best. If you happen to own both FIFA 13 and PES 2013, let us know your opinion below on which game is better.