As with every year when a new FIFA title comes out the company behind the footballing magic, EA insists that it is their most improved version yet. This year with the reports of the Player Impact engine change in FIFA 12 it really does seem like it will be their most dramatic change yet, which leads to the news that FIFA 13 won’t be as revolutionary apart from the use of the Kinect.

According to FIFA’s lead producer David Rutter this year’s FIFA 12 features the biggest change in gameplay code since switching to the Xbox 360 and PS3. He says that FIFA 13 will not have such a dramatic change ‘as far as technology is concerned.’ Nothing as far as details have been disclosed about FIFA 13 yet though there has been one feature confirmed and that is the use of the Xbox 360 Kinect.

The company has been experimenting with what they could integrate for the use of the Kinect and what would work ever since the device was released. As Rutter explained in the article at VideoGamer, whenever they were asked whether they would be including Kinect support, they would always say ‘not until we can get something cool and makes sense working.’ It seems that the experimenting has finally paid off and next year we will see what the cool thing they’ve got working is.

EA are always considering their future with the development of their games so as to not rest on their laurels and continue to have improved success. We recently brought you news that they announced that games like FIFA will soon be available as a download directly to the console. This is something they are looking into as they believe the future of gaming will become more digitally orientated.

Are you looking forward to seeing what EA do with FIFA 13 now the Kinect is involved? 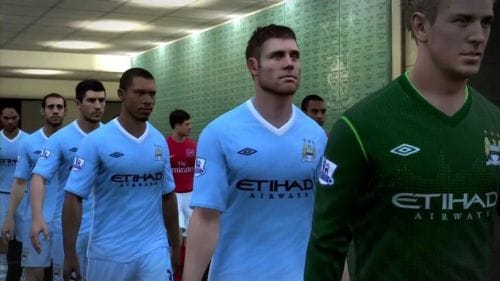