It looks like many of you are still having problems with FIFA 13, with the PC version specifically encountering crashes which is starting to make your experience with the game a nightmare. Luckily, EA is aware of the issues going on and they are planning to fix a multitude of issues with the first title update for all versions of the game.

Unsurprisingly, the patch will be going live on the PC first, on Friday 12th October (tomorrow) and will then be available on Xbox 360 and PS3 at a later date, although no date has been specified for those platforms yet.

Looking though the vast list of patch notes, it’s clear to see that the PC version is crashing all over the place, with as many as five different circumstances where the game will crash to desktop – not too good from EA’s point of view you have to say. The console versions of the game are fairing a little better compared to PC, as you’ll find that most of the changes will improve stability and matchmaking within existing areas of the game. 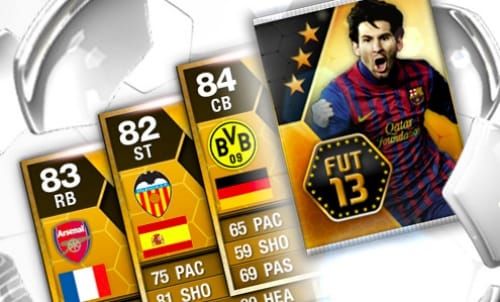 A piece of important information for you to digest though, is that FIFA 13’s online servers will be going offline on Thursday October 11th, to which EA has stated that gamers should expect ‘online service downtime’ – basically, you may want to hold off from playing FIFA 13 online until the maintenance window is up.

Meanwhile, you’ll also be pleased to hear that EA will also be using some of the maintenance window to improve the Auction House when playing FIFA 13 Ultimate Team. Hopefully by the end of the week, the PC version of the game should start to operate as normal and you’ll be able to have a long session without the game freezing once. Judging by feedback on our initial PC problem thread, it obviously tells us that there’s definitely major problems with the PC version.

How is your FIFA 13 handling at the moment? Are you playing problem free, or is this update badly needed for your situation? You can read the patch notes in full here.