How are you getting on with your copy of FIFA 13? While some of you may have taken a day off work to blitz through FIFA 13 night and day, it appears that some of you with the PC version of the game are running into one or two problems.

We’ve heard that some FIFA 13 PC owners are experiencing frequent crashes to desktop, notably after the EA Sports logo sign where the game will suddenly freeze after start up. To point out, this isn’t happening to everyone as we’ve also had feedback from you where no such problems are occurring on your copy.

The official EA forums state otherwise though and it’s clear that it is affecting more than a select few and we have a feeling that EA will need to issue a swift patch to improve the situation. In the meantime, you should always ensure that you are running the latest version of the game, so check for updates regularly and install them at the first opportunity when you get the chance. 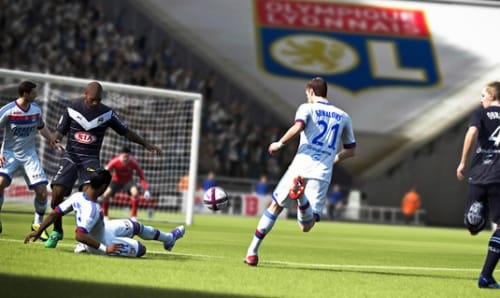 EA has reminded users on the forums that the game requires either Windows Vista or Windows 7 to operate, but even then users are stating that the game is still crashing after the logo on Windows 7. It’s also worth mentioning that the problem could be solved by making the file ‘replay0.bin’ a read-only file – This can be done in the FIFA 13 game files and the properties section.

With 32 pages on the forum thread though and growing by the day, it’s clear that there are issues going on with the PC version of the game – a shame since others are having no problems at all with many saying that it’s easily the best looking version of the game ahead of Xbox 360 and PS3.

Is your PC version of FIFA 13 crashing to desktop? Let us know if your game is hanging after the EA Sports logo, or if you have encountered any other problems in FIFA 13. We expect a fix for these problems very soon if the issues continue to escalate. We’ve also heard in the last few hours from a number of our readers explaining that the game has been freezing during the autosave screen, which then led to a crash to desktop as well.