We have some news for those picking up the US edition of FIFA 13 when it hits stores at the end of September. EA Sports are running a unique downloadable cover competition for MLS fans, but we’re a bit surprised to see that footy legend David Beckham isn’t on the list of possible candidates.

To fill you in, EA Sports are giving football fans in the US a chance to vote for a selection of MLS stars to be included on the FIFA 13 Soccer game that will release on September 28. This isn’t available in the UK as the cover stars have already been revealed as Lionel Messi, Joe Hart and Alex Oxlade-Chamberlain.

As far as we’re aware, EA hasn’t extended this downloadable cover competition anywhere else, so it’s nice for US football fans to enjoy this treat and choose who they want. Familiar names such as Marco Di Vaio and Landon Donovan from the LA Galaxy are included, but there’s no choice for David Beckham which you may find surprising. 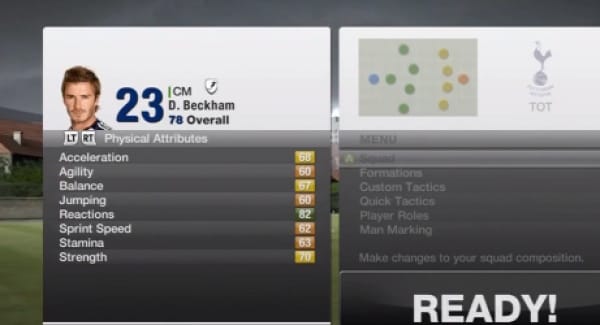 Was it a money and licensing issue, or is it simply a snub by EA on this occasion? New York Red Bulls new signing Tim Cahill is even on the list after his Summer switch from Everton, so he’s probably in the running to be picked for this we reckon.

If you’re in the US and getting the game on September 28, head to EA’s website here and cast your vote. There’s also a prize draw which you’ll automatically enter when voting, so it’s well worth spending a few minutes to do this. Tell us who you voted for and if you are surprised that David Beckham is not on the list.