You might be mistaken for thinking FIFA 13 launched a couple of weeks ago when you look at the impressive sales figures, which resulted in the game storming to the top of the UK charts. FIFA 13 managed to hit a record for football game sales, and has only been beaten by MW3/2 and Black Ops when it comes to launch day sales.

Early indicators point to over one million FIFA 13 games shifting in the UK at launch, and this is now the best selling launch for 2012, although it would likely be beaten by Black Ops 2 when this game sees a release later this year. Borderlands 2 became the biggest launch of this year the previous week, and amazingly topped ME3 by fewer than 5,000 sales. GTA 5 fans also know that not many games could top a Grand Theft Auto game, although Rockstar are yet to hint towards a launch month.

If you are wondering what the top 10 games are this week in the all-formats chart, then you can take a quick look at them below, which also include the publisher behind each game. We’d love to know if you bought any of the games in this week’s sales chart, and if so what order would your top 5 be? 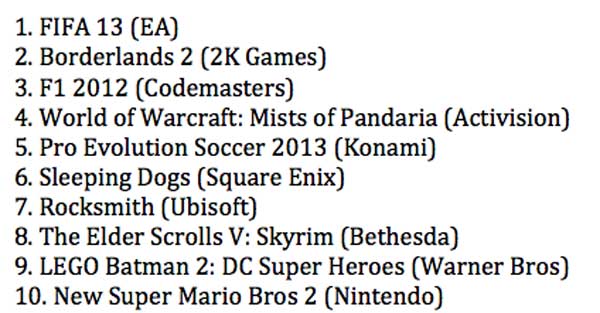 If you want to see how FIFA 13 stacks up against PES 2013 then take a look at our comparison, which looks at some of the most popular gaming websites and how they scored for each game. Personally we prefer FIFA 13 for a number of reasons, and didn’t feel comfortable with PES 2013 at Euro Gamer when we got hands-on last week. If you are a PES 2013 fan then we’d love to know why you prefer that game to the latest FIFA? 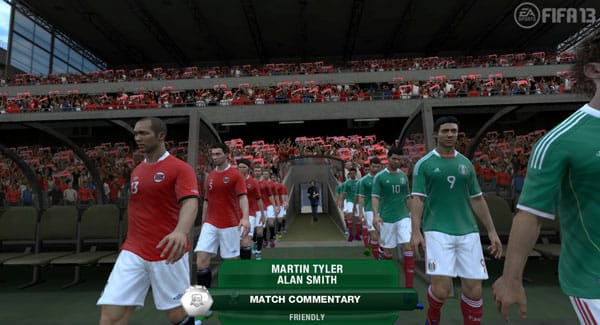 Our only hope right now is for the FIFA 13 DLC packs to be much improved on what we had last year, so if EA are listening, please bring our wishes like refreshed commentary throughout the year. Do you have a wishlist for FIFA 13 over the next year, and if you have been hands-on already do you see problems that need fixing?