There is no doubt that diehard FIFA 13 gamers want more realism, and if you’ve spent the amount of time we have hands-on with the previous game then you’ll notice certain elements that are unrealistic and frustrating. Even though this might be the case for some things during gameplay, it hasn’t stopped us returning for a quick match most days and FIFA 13 is sure to continue to show why it is the number one football game.

Within the last couple of days FIFA released a new trailer for the game titled “FIFA 13 Ultimate Team Trailer“, and if you haven’t already seen this video then you can do so below this article, which details how the developers have totally overhauled Ultimate Team for new players and how they now make it easier to keep connected to your league.

One of our FIFA 12 issues is fixed with FIFA 13 — one of the unrealistic features we hated about the last game had been with players not controlled by you, and when the ball passes by them you’d expect some sort of effort to get the ball. This would happen in a number of situations, and while players on any team would really help out some times, they’d often just watch a ball pass by them. The good news is this has been fixed in FIFA 13, although it is yet to be tested by the gamers at large.

In FIFA 13 you will see non-controlled players create more opportunities, and this means more intelligence and common sense, so expect to see the opposition pass a ball and see your players capitalize on a ball passing too near them. The improvements to player intelligence won’t stop there, and you should see FIFA 13 change with players that position themselves more effectively and create opportunities like never before. 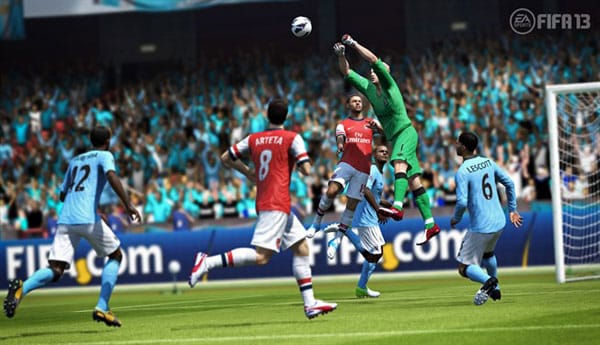 FIFA 13 realism means mistakes — balance is needed in a football game to make it feel real, so this means mistakes just like we see in real games. 1st Touch Control in FIFA 13 will help this, and that means there will be some uncertainty with ball control that varies by player abilities, which will lead to a lot more mistakes if you’re not skilled enough.

Are you happy to see Perfect Touch scaled back in FIFA 13? In FIFA 11 it had been a lot easier to tackle players with an almost auto tackle feature, and this ability didn’t make it to FIFA 12, so instead the same button combination would see players follow the player without making constant tackles and meant more skill would be needed. In FIFA 13 players are now less likely to get lucky with balls falling to their feet, and this again will mean even more skill is needed in FIFA 13.

We have seen a few gamers complain about graphics and stating these changes are just going to make the game harder to play, but in our opinion most FIFA fans would prefer gameplay over graphics, which is made even better with a higher skill level being needed. Keep connected to PR and we’ll keep you updated on FIFA 13 as we head towards a release date, and we cannot wait to replace our current game with the latest version. You might want to read our earlier article about how demo teams won’t include Barcelona and Madrid.