If you have been dreaming of the day when you’ll be able to play a game of FIFA 13 online via PS3 and PS Vita at the same time, EA has been swift to kill off any hopes you had. Unfortunately, it doesn’t look like cross play matches online are coming any time soon.

After seeing the great cross play potential with the likes of PlayStation All-Stars Battle Royale being able to seamlessly handle cross play online between console and handheld, many users have been hoping that this extends to other genres as well.

FIFA is a natural fit for cross play and with annual releases of FIFA on the Vita now looking confirmed, cross play between PS3 and Vita would have been an amazing incentive for PS3 users. The actual graphics of FIFA 13 on console are not exactly next-gen quality either so there’s no denying that it could be possible if EA perhaps put more effort in. 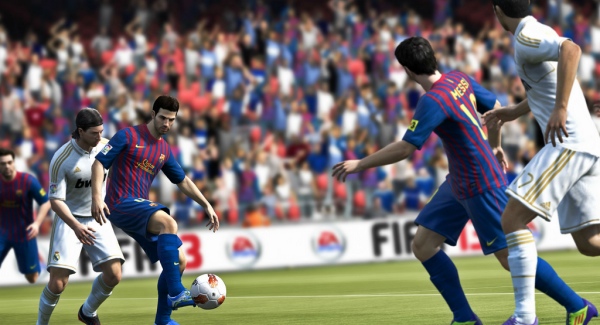 EA’s David Rutter spoke in a recent interview with AusGamers saying that the ability to play a cross platform match online won’t be happening anytime soon, although he was more open to the possibility of sharing other game features between platforms.

“So I think as far as actually being able to play head-to-head, or anything like that, I can’t ever envisage a time when that would happen”

Does this disappoint you to see this stance from EA? Or perhaps maybe we should ask you this instead – who is going to buy the PS Vita version of FIFA 13, as well as the PS3 version? Not many. On the other hand, If Sony and EA announced FIFA 13 as the newest addition to the Cross Buy incentive, everyone will be throwing their money at EA.

We’ve seen with PlayStation All-Stars that it is technically possible, so do you think EA simply don’t want to do it, rather than ‘cannot’ do it?