In a matter of hours the FIFA 12 demo will drop, though unfortunately a release time is yet to be confirmed. What we can confirm however is the new soundtrack to the full game, as it has been revealed before the game’s release at the end of the month.

The FIFA soundtrack, known as EA Sports Trax, has been a feature in the series for a while now. Each year a long list of songs from all over the globe are put on a customizable playlist which continues to provide background music during menus screens and loading. If you are not a fan of the track list, the option to turn the songs off and replace them with your own collection of music is usually available.

The genre of music traditionally is extremely diverse so as to cater for everyone’s tastes. FIFA 11 featured such popular acts as The Gorillaz, Groove Armada, Linkin Park, Massive Attack, Mark Ronson and Chromeo as well as many breakthrough acts such as The Pinker Tones. Kasabian is popular act that has leant one of their songs to FIFA before and this year is to feature on the game again with a song from their latest album, Velociraptor!, called Switchblade Smiles.

EA’s Worldwide Executive of Music and Marketing, Steve Schnur said their ‘belief is that FIFA soundtracks must always be more than just a collection of songs.’ Their aim according to Schnur is ‘to bring the world closer together by uniting the global cultures of football and music.’

Joining Kasabian this year is several other popular acts such as The Strokes, The Ting Tings, The Vaccines and Chase & Status. There are a total of 39 acts all together, set to make the playlist for what’s promising to be one of the best game soundtracks of the year. Amongst the acts making up the rest of the playlist are several International breakthrough artists including American indie rock band Grouplove, Sweden’s Little Dragon, Monarchy and Holland’s The Medics.

Check out Operation Sports for the full list of tracks set to feature in FIFA 12. What do you think of this year’s FIFA Soundtrack? Will you be turning it off and replacing it with your own music? 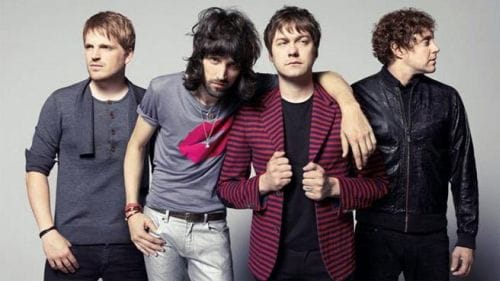