Finally everyone is now able to download and enjoy the demo for EA’s popular football simulation FIFA 12. Until today the demo was only available to Xbox 360 and PC gamers which triggered a mixed reaction. With two weeks left to go before the release of the full version, it means there is still time for more details to be revealed about the game and that’s exactly what David Rutter did in an interview with PSM3.

The popular gaming magazine intended to get a breakdown of what improvements and changes have been made to this year’s installment from the series Producer. The interview went as you would expect, questions were asked and Rutter gave his answers, revealing some very juicy details about the game, Career Mode in particular.

First of all he stated that the game was exactly where they intended it to be in terms of development, which is why they were able to release it much earlier than usual. This was also the reason why there were able to allow Career Mode to be played at an event for the first time. Rutter promises this year’s ‘Career Mode is much more holistic.’

Improvements have been made in several areas including a morale system, interlinked injuries and particularly the transfer window. The transfer window changes are based on fan feedback and it will now include a ‘transfer deadline day’, which will even feature a countdown clock. Rutter says there are things they would still like to achieve in the game that will take time getting to and thinks they will never ‘run out of ideas.’

Check out CVG where you will find more details from the interview. Have you been enjoying the demo? What do you think of the changes that have been made to the game so far? 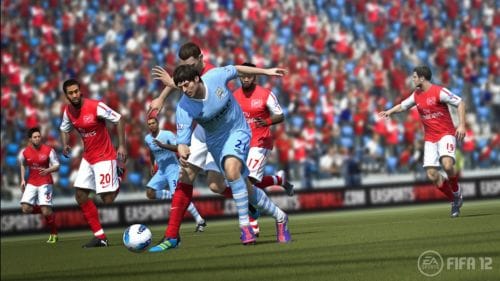