Attention all FIFA 12 owners around the world, as EA has finally delivered on the highly anticipated January transfer update. The next time you boot up your game, you’ll see the the update will start automatically.

At the start of February, we thought that the January update would be coming much sooner than now, but at least EA has finally made the update available. As expected, all the movers in the real life transfer window have been made, while there is also one notable addition to Manchester United as well in relation to one certain Paul Scholes.

Arsenal fans will see that their beloved Thierry Henry has now made his way back to the New York Red Bulls and Chelsea fans will be pleased to see that the stats for Fernando Torres remain the same and haven’t been lowered to reflect his shocking form for the club at the moment. Manchester City fans may want to think about re-adding bad boy Carlos Tevez into their squad as it looks like he is now set to play for the club for the remainder of the season.

As you told you at the start of the month, QPR now have two extra strikers in the form of Bobby Zamora and Djibril Cisse and Sunderland can now call on the services of Wayne Bridge via a loan move, although we’re not sure if there was a handshake involved in the deal or not.

For those of you who have already installed the update – are you happy seeing Paul Scholes back in the Man U lineup with an overall rating of 81 or did you expect this to be higher? Just for comparison purposes, Torres still remains on an 86 rating while Liverpool’s number 9 Andy Carroll carries the same rating as Scholes with 81. We’ve seen that a lot of you are not too happy about the rating for Arsenal’s rising young star Alex Oxlade-chamberlain either, who only has a rating of 69. 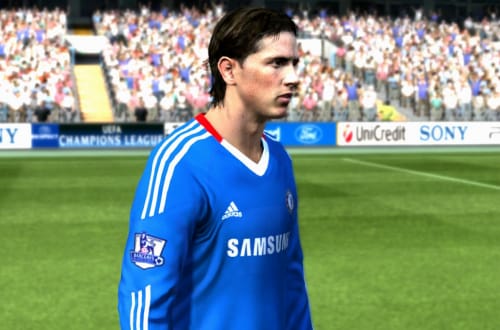 While the frequent transfer updates are great, it would be even better if EA issued some ratings changes every week to reflect player performances every week in the real leagues. At the moment, it just doesn’t feel right whenever we hear the commentator say ‘‘It’s Fernando Torres!! The defenders were lucky to get away with it! Such a rare miss from him!” – when really they should be saying ”will he ever score today?”

Let us your thoughts on the transfer update and what player ratings you feel need updating.