FIFA 12 is looking like being one of, if not the greatest sports and football games ever. In the build-up to its release we have been spoilt with details about the new Player Impact Engine, which has taken two years to perfect and other details like the various club partnerships which EA are now involved in. Today we bring you news about one of the most exciting and popular aspects of FIFA and that is the multiplayer and online mode.

The information was revealed by David Rutter, FIFA 12 Producer, who explained some intriguing details about playing multiplayer games against the CPU as well as the new features of the online mode. This took place at the GamesCom event; where FIFA 12 was playable, except of course the online modes.

According to the report at Guardian, when playing in offline exhibition modes against the CPU, players are able to adjust a series of sliders that affect the AI, determining things like how often they pass, shoot and the accuracy for example. This makes the gaming experience that much more enjoyable for those that with little FIFA gaming experience.

The ranked online matches structure seems to be very similar to that in 2010 FIFA World Cup South Africa, where teams were split into group stage leagues and would need to gain a certain amount of points in order to progress. In the case of FIFA 12, teams are split between ten leagues depending on rank, where gamers will need to complete a season consisting of ten league matches as well as cup games. In order to earn promotion from each league, a certain amount of points must be gained dependent on which league they are in.

All teams will start in league ten and will need 12 points for automatic promotion. The further they progress through the higher leagues, the more points are required for promotion. Also the highest three leagues’ teams get entered into a more glamorous cup competition called the Continental Cup where they can compete against other teams from their league.

This new online ranking system means gone are the frustrating days when players quit halfway through in a strop, as if they do so, not only will they lose the game but it will count towards one of their ten of the season, which could not only ruin their chance of promotion but may even risk relegation. Alternatively online friendlies are an option, for those who are less competitive, where worldwide rank is unaffected.

Is the online mode an important part of the FIFA gaming experience for you? What do you think of the new features? 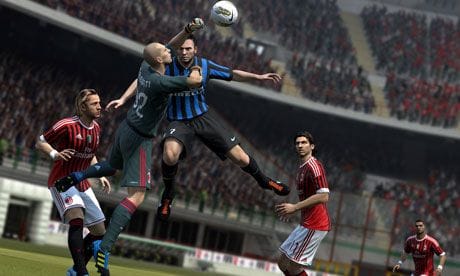