The release date of FIFA 12 is edging ever closer and the demo we’ve been waiting patiently for is about to drop across all platforms. With the release imminent many would have thought we’d know all there is to know about the new title by now. It seems there are still a few surprises to be revealed yet, as we have just learned that Fulham are the second English football club we know about to sign a deal with EA Sports to become their official video game partner.

The other Premier League side that has collaborated with EA for this year’s game is Manchester City. We recently brought you all the details about their FIFA 12 features which included 3D head scans of the entire squad and complete authentic kits. There was even a trailer released by the developers to mark the occasion.

Fulham, who are owned by millionaire Mohammed Al Fayed, are one of the lowest-profile London-based sides in the Premier League yet in recent years have enjoyed featuring in the high level competition the Europa League. Their deal shows just how much their status has grown.

The partnership means Fulham will receive various game related benefits throughout the season including experiences which involve the fans and a range of other Club events. As CVG explains there will also be an ongoing Pro Player Tournament taking place at the training ground as well as EA advertising around the pitch and FIFA 12 trailers on selected match days.

While none of these features are as exciting as what we can expect from the Man City extras, a deal like this is great for Fulham and the club’s fans. CEO for the club, Alistair Mackintosh expressed his appreciation for the deal by saying ‘Partnering with EA Sports is a fantastic opportunity.’

Are you a Fulham FC fan? Are you excited to see the unique match day experiences that will occur at the ground? 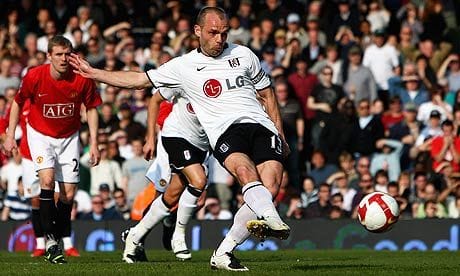