As some of you may know already by now, FIFA 12 is due to release at the end of next month. In the buildup to the game which has lasted some months now, we have been providing you with as many details as we can about it, from what has been released from EA so far. The most recent revelation from the company, which took place at GamesCom earlier this week, was the announcement of the FIFA 12 demo which will be available across all platforms on September 13th.

While demos are normally a good way of getting a taste of a game before it actually releases, it has come to our attention that a lot of people will be fully aware of what to expect from FIFA 12 and might not necessarily bother downloading it. These people typically will have purchased previous FIFA titles and whether the demo is good or bad is irrelevant as they will get the next title regardless.

Some people will still download the demo for fun, not necessarily to test the game and some will just jump straight in when the game releases. Some might argue that demos are too limited to be able to test the full game anyway. We were wondering whether out of our readers, which gamers will be getting the FIFA 12 demo and which of them will be jumping straight in.

I personally will be purchasing the game both for fun and as a way of getting a feel for the gameplay. EA has promised revolutionary changes to the impact engine and I would prefer to familiarize myself with the changes, so that when I do eventually purchase the full game, I will be able to get on and play it with no problems.

Which category do you fall under? Will you be getting the demo or will you be jumping straight in? 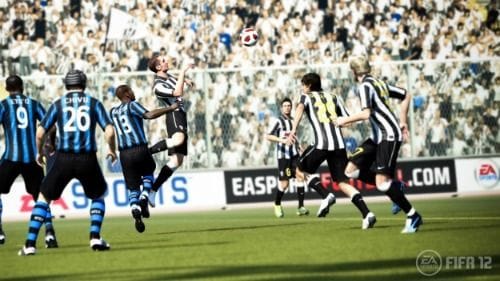