Here is some news many of you FIFA fanatics will have been waiting a long time to hear and that is news of the FIFA 12 demo. Unfortunately we do not know of the exact release date for the first taste of this year’s installment of the hotly anticipated football game, however we do have the next best thing, news that EA has revealed they will announce the demo date at GamesCom 2011 next week.

When it comes to videogame build up the industry gets a little loco as rumors explode and teasers, screens and detail reveals are sought after before the release of a hotly anticipated game. EA has been fairly kind to the FIFA fans so far and we have been doing our best to keep up with the information the publisher has released so far. The news of the announcement comes via a tweet which EA Sports posted this week which read; ‘When will we announce the demo date for FIFA 12? At GamesCom — next week!’

GamesCom is one of the largest annual videogame events in the world and this year it will be taking place in Cologne, Germany. This is one of the most perfect places the announcement about the demo could have occurred in as this country is one of the biggest footballing nations across the globe. It is home to one of the most watched and wealthiest leagues in the world, the Bundesliga, and the national team has won the FIFA World Cup three times.

Meanwhile we recently brought you yet more news regarding FIFA 12, this time it was about the new EA Season Ticket, a purchasable service that allows exclusive premium benefits leading to a better gameplay experience. Although we only have details of the FIFA 12 benefits, it will also provide benefits for other EA Sports titles such as Madden and Tiger Woods. Check out the link above for more details.

Are you looking forward to the announcement of the FIFA 12 demo? 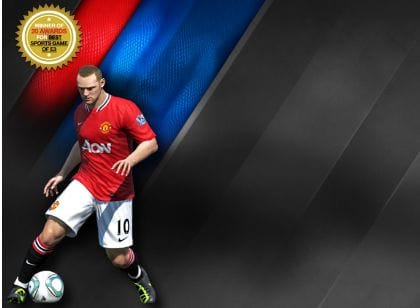