Each year EA Sport’s decorate its annual FIFA game’s cover with players who they think had great seasons, we have recently come across the official FIFA 12 cover art, not only this but we have details on who will feature on the game’s cover in different regions.

Let’s start with the UK version of FIFA 12, this will feature Manchester United’s Wayne Rooney and Arsenal’S Jack Wilshere, we have embedded an image which claims to be the official cover art below, do you think that these players deserve to be on the game’s front cover? Apparently these two will also grace the cover of FIFA 12 in the UK middle east, Scandinavia and Ireland as well. We thought that Gareth Bale could be in with a chance considering how well he done, do you agree? Let’s lot forget he was voted “PFA Player of the Year.” 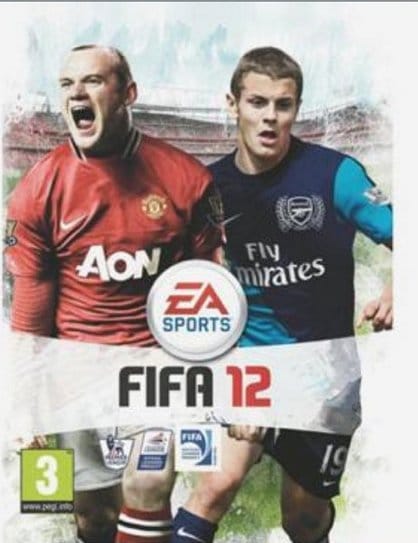 In other regions the cover art will vary, the general pattern seems to be that Wayne Rooney will be accompanied by a players who represent a region’s national team. So far things are a little confusing, but we are told that Kaka, Philippe MexÃ¨s, Gerard PiquÃ©, Giampaolo Pazzini, Xabi Alonso, Tim Cahill, Valentin Stocker, Vasili Berezutski, BalÃ¡zs DzsudzsÃ¡k and Mats Hummels could show up on the game’s cover in their applicable countries.

This news was revealed on VG247 and with it came a few quotes from EA Sports’ Matt Bilbey, he was keen to promote the game and said: “This is an iconic group of players who all passionately play our game, and we are excited to have them speak to fans around the world about their own personal experiences playing the best sports game on the planet,” he also went on to say “With all the accolades FIFA Soccer 12 has received so far we are confident we have the most authentic and highest quality game we have ever created, and these superstars will play an integral role in sharing their excitement for its highly anticipated launch.”

The game is pretty much coming to every platform out there on September 30, hopefully demos will hit Xbox Live and PSN before this time so we can get to see what all the fuss has been about. One thing is for sure, if the game is as great as EA has been making out we will be in for a massive treat, one which PES 2012 could find hard to match.