It’s safe to say that recent game sales haven’t exactly been extraordinary, but with the long list of big name titles set to release in the final quarter of 2011, GAME are hoping the sales will pick up soon if not by Christmas. The titles in particular that are being relied upon to reignite game sales are FIFA 12 and MW3.

Both of these titles are from extremely popular game franchises and both are as equally anticipated as each other by different varieties of gamers; FIFA 12 by the sports and football fans and Call of Duty: Modern Warfare 3 for the FPS gamers out there. If the sales are anything like the past totals that these games have made, then GAME should have no trouble making a profit before the end of the year comes around.

GAME boss, Ian Shepherd, found the retailer had been compared to rivals, HMV, after a reported loss of more than £50 million in the first half, similar to the sum of £51.5 million which they had lost. However he insisted that console and game sales are not on a decline, claiming ‘the video games market is structurally cyclical.’

All of GAME’s profits come in the run up to Christmas and will be prying that these two titles and other major titles set to release in that time, launch successfully in order for consumers to be confident enough to want to invest in them. Their company shares have seen a decline of two-thirds of their value in one year but the board intend on funding the purchase of more.

As the Guardian explains, games retailers such as GAME and HMV have been struggling ever since the rise in price competitiveness from supermarkets and online groups. This is why GAME has been progressing to a more digital market, closing down high street stores to avoid an untimely fate.

Do you think stores like GAME can survive in this market? 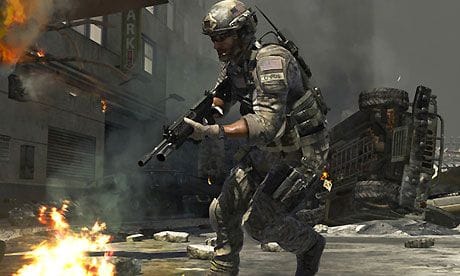