As FIFA fans across the world will be well aware, today is officially Transfer Update day in the world of FIFA 11. EA will be rolling out a software update, which will tweak transfers and players stats according to the recent January transfer window, in which some notable transactions were made.

Easily the most biggest transfer that happened, was of course former Liverpool hitman Fernando Torres, as he made a big £50 million move to rivals Chelsea, and today’s FIFA 11 update will give you the opportunity to see Torres in the blue shirt for the very first time. 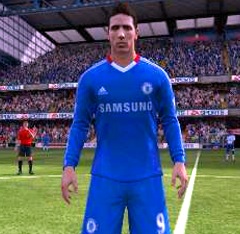 Liverpool fans playing FIFA 11 won’t be too disappointed though, as they’ll get new transfers Luis Suarez and Andy Carroll, with the latter also benefiting from a stats update too – he did cost £35 million after all! 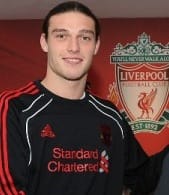 The question that you’re frantically bombarding our comment section with though, is ‘what time will the update occur’? Well, you’ll be pleased to know that we have that answer for you right now, as EA has kindly updated the UK section of their website with the juicy information.

For FIFA 11 owners on the Xbox 360 and PS3, the transfer update will be happening around 5pm GMT, so just under 6 hours to wait around, not too bad we hope. As for those of you who have the game on the PC, the update will be occuring around 7pm-12am according to EA, they couldn’t give a fixed time though strangely enough.

So with the release time out of the way, what do you plan to do until the download deadline? Just for fun, we’re interested to know which player you’re most looking forward to using on FIFA 11 – Torres for Chelsea, or Carroll for Liverpool?