We have some exciting news now for those of you who own a copy of the hugely popular FIFA 11 game, as EA Sports has just announced that the game’s Ultimate Team mode will be receiving a major update soon. The update will become available via a download.

As Johnny Cullen over on the vg247.com website recently reported, the upcoming update will not only feature Friends Leaderboards and a Play a Friend Challenge, but it will also include 50 other improvements that come from previous community feedback.

FIFA executive producer Kaz Makita spoke about the new update recently, and stated that their commitment to fans of the franchise is to continue listening to their feedback and use it to enhance and improve their future FIFA gaming experience. 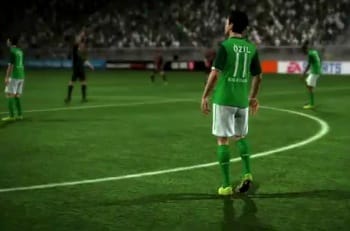 It even allows them to challenge their friends’ squad while they are offline. The Friends Leaderboards enables players to compare their FIFA 11 Ultimate Team progress against their friends. The update is due to go live on February 17th. Are you looking forward to the update?