When Fiat are happy with the success of one of their models they then consider doing a performance version, we have seen many with the 500 model, with the Abarth being the hottest variant. It then comes as no surprise that the Fiat Abarth 500X is being considered.

Do not expect its release to be next year though, because Automotive News Europe has learned that it will not be released until 2017. Ok, so we know that Abarth boss Paolo Gagliardo has not announced anything official yet, but has not been shy in sharing his intentions. 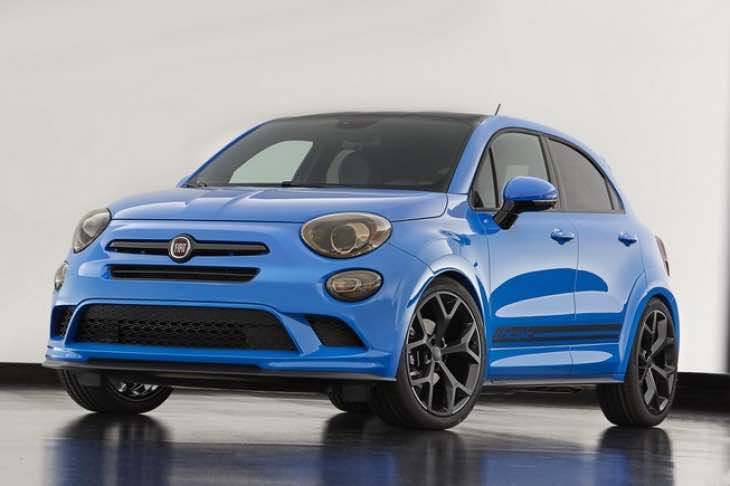 While no full Fiat Abarth 500X details have been shared, its performance has been teased. This is because if this variant was to be released, then it will share the same engine as the Abarth 124 Spider, and so will produce 170 horsepower from its Multiair II motor, which is 32hp more than the standard 500X engine.

The Fiat Abarth 500X performance compared to the Mini Countryman JCW and â€¨the Nissan Juke Nismo RS does not look too good on paper though, as those two latter models produce 215bhp. However, it is not all about the horsepower, as there are other factors to consider, such as weight, and handling.

If we were to choose, it would have to be Fiat, as there is something so special about the 500 model and Abarth that we find too hard to resist.