When the new Mazda MX-5 was launched, there was a great deal of excitement for the Miata version, as it helped to give the roadsters that edge. One of the rivals to the Mx-5 is the upcoming 2017 Fiat 124 Spider, which will be released next summer.

However, there are currently no plans to launch a performance version, but Autoblog was on hand recently to discuss this very subject with Olivier FranÃ§ois, who just so happens to be head of the Fiat brand.

He was asked about a tuned version, and the odds of a Fiat 124 Spider Abarth being released did get a lot better after the conversation. While FranÃ§ois was keeping his cards close to his chest, he did seem to hint at the possibility.

While these are not official, we have been given an idea as to the Fiat 124 Spider Abarth specs based on what Autoblog believes should happen. The suspension will need to be stiffer, along with an enhanced aero package. 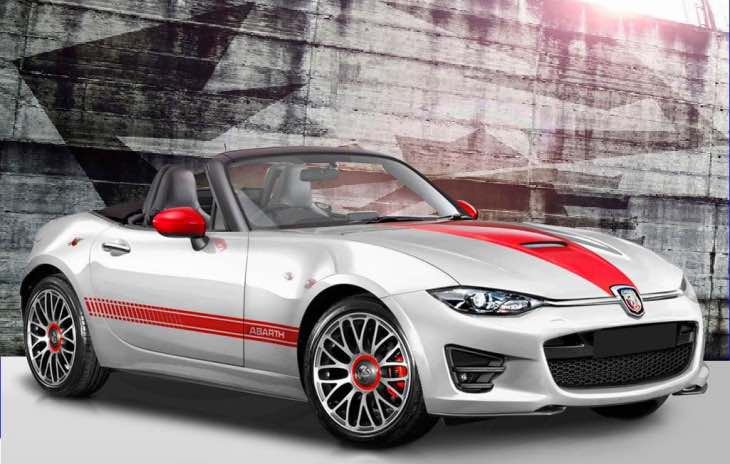 We should also expect to see more carbon fiber body parts, such as the hood to make the vehicle lighter, which in turn helps to improve handling. Speaking of power, the engine will need to get an upgrade, which is expected to be a tuned version of the one in the current model to help produce up to 200 horsepower.

As for a Fiat 124 Spider Abarth released date, this may not happen until mid 2017, so a year after the release of the standard Spider model.

Speaking of upgrades, here is a look at what the new Fiat 124 Spider would look like if it was reimagined with the Datsun 240Z Coupe. This was done in an attempt to see what would happen if the 240Z was to get the modern treatment, as Nissan seems reluctant to do anything that is classed as having too much fun with a design – or that is what the article says.