Earlier we told you how to find the Cactuar in Final Fantasy XV. Now we move on to another big aspect in the game, how to final all Oracle Ascension Coin locations in FFXV.

These rare items appear throughout your journey and actually most of you are probably wondering what the Oracle Ascension Coins are for in Final Fantasy XV.

It’s a good question and we’re here to tell you that you need to keep them until the latter stages of the game – in other words, do not sell the Oracle Ascension Coins!

This is due to the fact that there is a seller called Alessio located at Altissia who you’ll meet later. 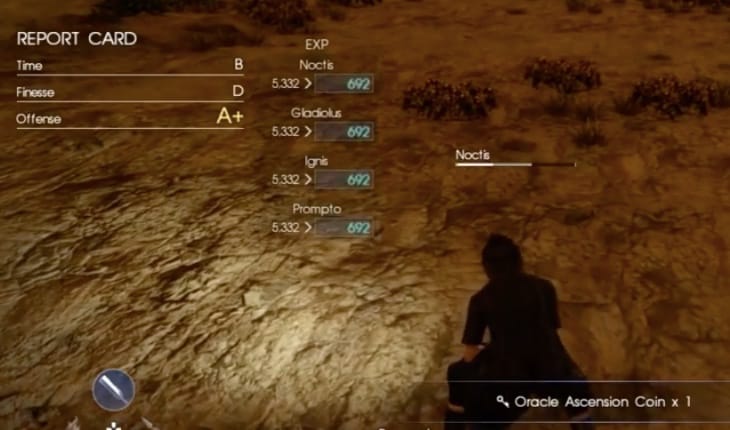 He only accepts these coins as currency and you can exchange the coins for some rare items, the grand prize being a Ribbon if you exchange 40 coins.

Veteran Final Fantasy players will know that a Ribbon is one of the rarest items in the game, as it protects against all status effects and is essential for those taking on the toughest bosses later on in your quest.

The first coin you will probably find is located right at the start of the game once you are able to venture around the map.

Head north from Cindy’s garage and further north of the camp spot there should be your first coin.

We can also confirm that the Cactuars mentioned above also drop these coins, so you will want to know what time they spawn here.

Thanks, to Accelerated-Ideas here are some of the other locations where you can find coins. We are fairly confident that the Cactuars will be the main source of these coins so you will definitely one to start farming them as soon as possible to end up with multiple ribbons at the end of the game.

Let us know if you have found other locations of the coins not mentioned here and let’s help each other out to get as many coins as possible.