Following on from our previous article, informing you about Digital Foundry’s analysis of Final Fantasy XIII on the PS3 and Xbox 360, we have a slow motion CG comparison video for you to take a look at now, letting you see the exact differences in finer detail.

The video shows the same CG scenes running on the Xbox 360 and PS3 versions side by side, in 720p mode using Digital Foundry tools.

DF state that the results of the video are ‘not up to standard’ in graphical terms on the Xbox 360, and you can see why. According to DF, Square-Enix has not made use of all the disk space available on the 360, and using the Bink compression system results in anything but a constant bitrate.

If you have not seen their analysis, you can do so again here. The comparison video is over at Eurogamer here. Let us know your thoughts on this. 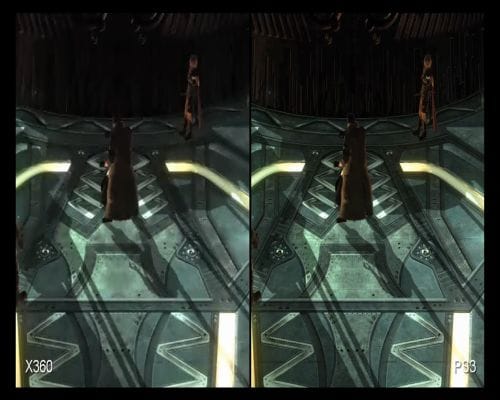