The reason that we are calling this new Nissan Sunny festive is because the automaker is to launch the new premium sedan/saloon during India’s festive season. Nissan feels that they are giving potential buyers something special, but a decent discount is what will be wanted. The company has been enjoying happy times once again, which was all thanks to the small Micro, so we just hope that this success continues.

This is a mid-size car, so will appeal to a wider market and will come in either diesel or petrol variants. The new Sunny was designed back in Japan, but they received contributions from 170 countries. It will be sold worldwide, but it is only the Indian version that we are interested in for the moment. The Sunny will launch in October, and is the second model from Nissan to be manufactured in Tamil Nadu, India, as reported by WSJ.

The reason why such a vehicle will be popular is because there is said to be more than 350 million middle class Indian’s with disposable incomes. It is for this reason why India is a growing market, one that many carmakers want to benefit on. It is also for this reason why the likes of Apple were so desperate to get their iPhone to the country, as well as China. 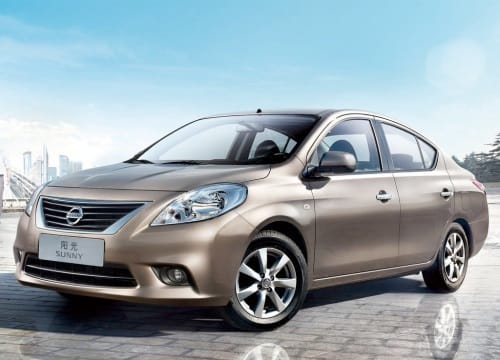 The new Nissan Sunny will have to compete with the likes of the Hyundai Verna sedan, Maruti’ Swift Dzire and the SX4. These mid-size vehicles have been selling very well in recent months, with an increase in sales of 25 percent. These figures are expected to climb now that the Indian car market is now getting access too much better cars than in the past.

The Nissan Sunny is just the start for the Japanese company in India, as they plan to have nine models in total by 2012. The factory plant in Tamil Nadu is expected to produce around 400,000 vehicles by this time next year; half of these will be exported. This is not only a great boost for Nissan but for the Indian community, as this means that there will be more jobs.

As yet we have no idea on pricing or trim levels, there are no details about the Sunny on the Nissan India website, but as the launch is only a couple of months away, we should expect something very soon.