Ferrari enthusiasts will be pleased to know that the prestigious car manufacturers are planning to open a resort within the existing grounds of the PortAventura theme park in 2016. Based in Salou, south of Barcelona the PortAventura park resides on the Costa Dorada attracting around 4 million visitors per year, which makes this the most visited theme park in the country, and with Ferrari Land coming we can see this becoming even more of an attraction.

The â‚¬100 million Ferrari Land will feature everything from restaurants and rollercoasters to driving simulators and a hotel, which is said to contain 250-rooms with a five-star rating. In an interesting article on Auto Express they discuss how this attraction will cover 75,000 square meters and that a licensing agreement has been signed by the Italian manufacturer to construct this £84 million project.

This follows the success of Ferrari World in Abu Dhabi and Andrea Perrone the CEO of Ferrari brand comments about the “many, many requests to develop new amusement park,” and how “Ferrari Land will delight the whole family and not just Formula 1 fans.” 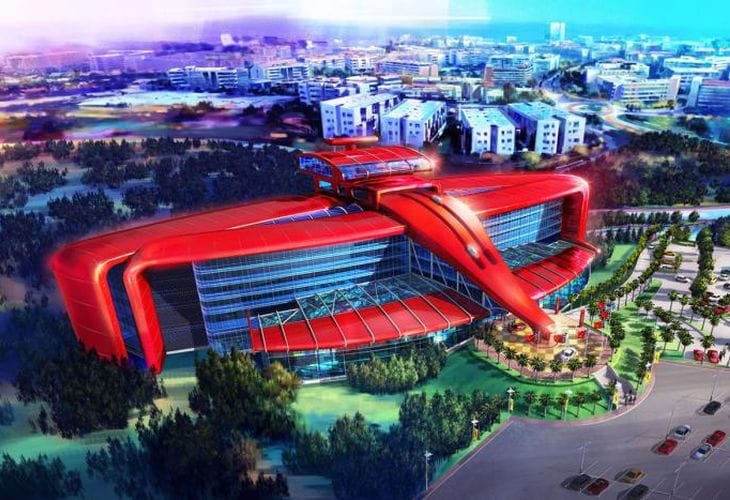 In addition, Ferrari will still “continue to evaluate other proposals for theme parks outside Europe.” This will add to the current PortAventura attraction and could be a great way for children to convince their dads to take them to Spain for a holiday, especially considering around 50% of tourists are visitors from outside Spain.

Ranked second in Europe the PortAventura theme park has received plenty of investment over a four-year period and we can see the popularity rising even further with the addition of Ferrari, so will you be checking out the new Ferrari Land coming to PortAventura in two years?