When McLaren announced its P1 GTR track car we knew that Ferrari would do the same with its latest model and the LaFerrari FXX K has now been revealed with a host of new images and a video to go with it. Both these race inspired models will compete with each other, and so it will be interesting to see how they compare.

Ferrari LaFerrari FXX K performance — The Italian car manufacturer was not shy in giving us some important figures, such as its increased power output of 1021 horsepower, which is 71 horsepower more than the standard model — if you can call the LaFerrari standard.

However, Ferrari seems reluctant to share any performance figures, although we are not surprised about its secrecy because they are used to holding things back in the world of Formula One. However, we suspect it will be able to compete with the McLaren P1 GTR, which does 0-62mph in 2.8 seconds, but no top speed has been revealed as yet. 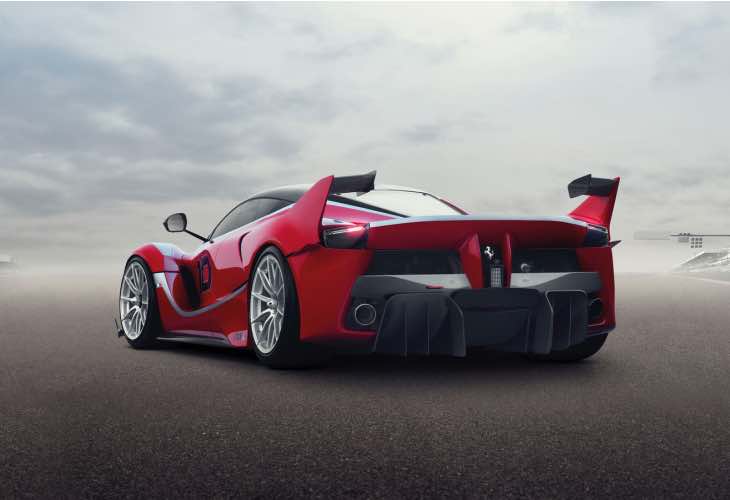 Ferrari LaFerrari FXX K tech specs — The measurements for this extreme model is 4896mm in length and 2051mm wide, while the height and wheelbase remains the same at 1116mm and 2650mm. We are uncertain if the weight of 1345kg has been reduced at all, although one would presume it has.

You can see in the video below that changes have been made to its exterior design, all of which helps to produce around 50 percent more downforce, which should help to deliver faster track times because you have more traction in the corners.

The strangest part of the design is the two twin-pronged spoilers at the rear, which sit either side of an adjustable spoiler that will raise and lower as needed. The rear diffuser has also been redesigned to help reduce drag underneath the car.

As for FXX K price, this is yet another unknown, but this is expected to be pretty close to the £1.98 million price tag of the P1 GTR. With this being an exclusive model we suspect only previous Ferrari owners will be offered ownership, when release in the next couple of years. For images visit Autocar.