Another big transfer rumor to get excited about now is Felipe Anderson to Manchester United, a transfer which would have some interesting consequences with regards to FIFA 16.

Rumors suggest that this transfer is almost completed and if Felipe Anderson to Man Utd is complete, those playing as Manchester United on FIFA 16 are going to get a lovely treat.

You may not be aware, but Anderson is one of the best LW players on the entire game and if you have a Brazilian squad, he is arguably the best player you can buy in that position for around 3500 coins. 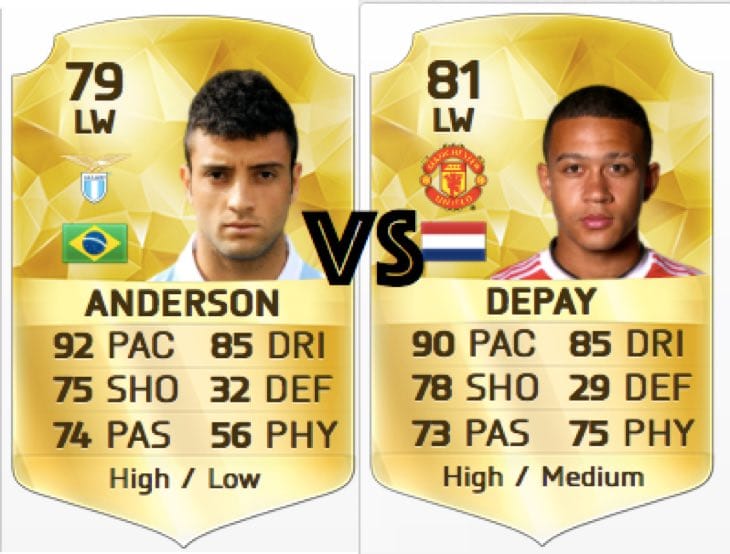 The main issue is that right now, Memphis Depay also plays in that position so you are going to be spoilt for choice when it comes to deciding between these two extremely fast and skilful players.

We’ve added stats of both players above so you can have a glance at how they compare, while you can see a preview of what Felipe Anderson would look like in a Man Utd shirt below should the transfer go through.

What are your thoughts on this transfer rumor – would you like to see EA move Anderson to Utd in an official transfer?

Perhaps more importantly, is he a better player than Memphis Depay?