The official EA Sports FIFA Twitter channel has offered a World Cup challenge to their followers within the last day, which asks gamers what star should go up front between FC Barcelona’s Neymar Jr. and AS Monaco’s James Rodriguez. The EA FIFA community then need to fill the gap left within a lineup, as seen in the photo below.

This challenge is directly related to FIFA 14 Ultimate Team World Cup edition, as seen with the FUTWC hashtag, and we’d love to hear from Product Reviews readers if they find this an easy choice? Would you pick Neymar or J Rodriguez to go up front in this situation? 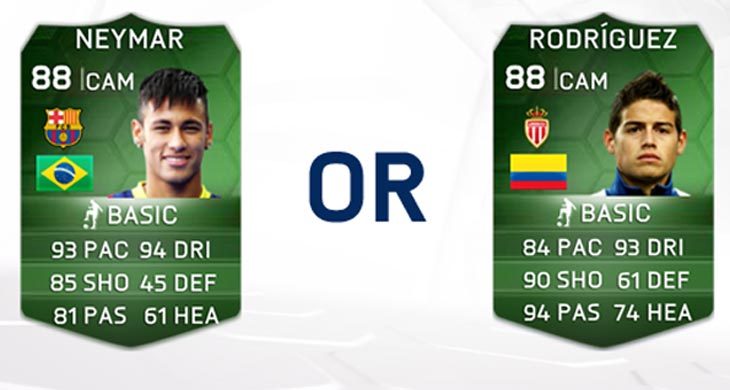 You can see the current FIFA 14 FUT stats that came along with the message above, or even take a look at the EA Sports FIFA tweet below and join in on the social network.

Neymar’s World Cup ended by back injury – the above tweet couldn’t have come at a worst time, especially considering shortly after they tweeted the message Neymar’s Brazil 2014 World Cup ended after injuring his back during a game with Colombia where they won 2-1.