We’ve been hearing about the Faraday Future EV all of last year, and while the company promised much, they have not really delivered anything up until now. The upstart company has come under a great deal of scrutiny, and it was the belief that their keynote during CES 2017 would put people’s mind at ease. From what we can make out, Faraday has revealed more details, such as the name of its electric car, the FF91, but still left out some key information.

Before we look at some of the new details that have been shared, we thought we would kick off by stating that the Faraday Future FF91 final price was not disclosed, although the reservation cost or fee as it is better known is $5,000. As for its release date, this has yet to be confirmed, and this is the biggest issue that skeptics have, as they believe we will never see this concept make it to production. 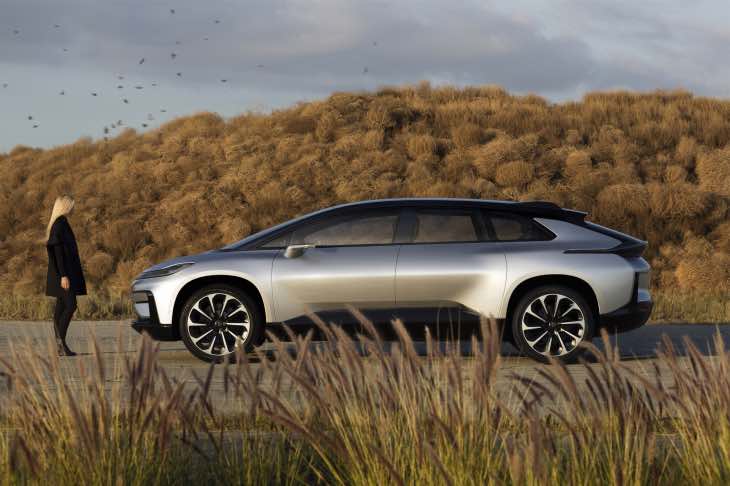 So what do we know that we did not know before? Firstly there is the supposed 200-kW fast charging capability, which is said to offer a range of 500 miles on just a one hour charge. This is a very bold claim indeed – and one that people find very hard to believe. Going back to its battery and the FF91 is said to come with a 130-kWh battery pack, offering the Faraday Future car a range of up to 378 miles. However, if you use all of the car’s 783 kilowatts, which equates to 1,050 horsepower, then that range will be considerably lower.

Something else that does sound interesting, although also a gimmick to some is FFID, or Faraday Future ID. This allows a user to transfer their very own settings into any car from faraday Future, meaning it will feel very much like their own one. There did not seem to be a lack of negativity during the launch, although it’s still hard to believe everything that has been promised – even though we want to.

To gain more insight please head to the Faraday Future website, or sign-up to the latest updates. You can also reserve yours now, but only if you are in Canada, China and the US – so if you are from the UK or other countries in Europe you are out of luck.