Earlier this week we told you that there was an alternate ending for Far Cry 4, after one of the developers alluded to the fact on Twitter – prompting a mass hunt in the process.

Now, it looks like this Far Cry 4 secret ending has been found. YouTuber xGarbett has been credited with the find as it looks like he is the first to upload actual evidence of the secret.

Furthermore, Alex Hutchinson the creative director for the game who initially teased gamers has confirmed that this is indeed, the super secret ending of the game. 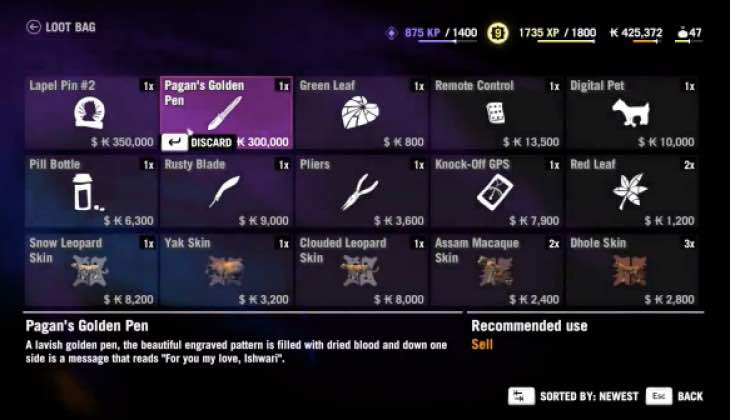 It involves actually shooting the helicopter at the end of the game rather than letting it fly away. You have a brief window of opportunity to do this with a rocket launcher. Once done, proceed to the crash site, loot Pagan Min’s body and you will be granted with Pagan Min’s Golden Pen and a Lapel Pin #2.

You’ll also be given a 250,000 instant cash bonus, which combined with the sell price of the two items above, will get you a total of 900,000 as a reward for finding the secret ending.

Not bad at all. Let us know if you have also found this secret in the game. Has anyone else found any other uses for Pagan Min’s Golden Pen?