Far Cry 4 is an amazing game and so far the reviews released appear to justify that with a stunning Far Cry 4 Metacritic rating of 85 as it stands.

Now though, we know that many of you are looking to see some graphic analysis with the game as it’s no secret that Far Cry 4 looks absolutely beautiful.

With this in mind, we’ve picked out one Far Cry 4 PS4 Vs PC graphics review, giving you an idea of how the console version stands up against the mighty PC running on ultra settings. 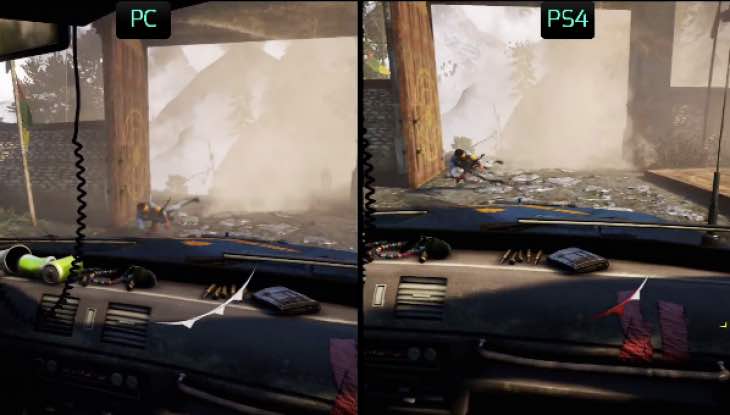 The differences are not that clear cut it has to be said. The PS4 version seems to be delivering graphics at a higher contrast rate, which you’ll see in further pictures below.

The PC setup used for this comparison is an AMD i7 4770k combined with a Radeon HD 7970, while running the game from an SSD as opposed to HDD. 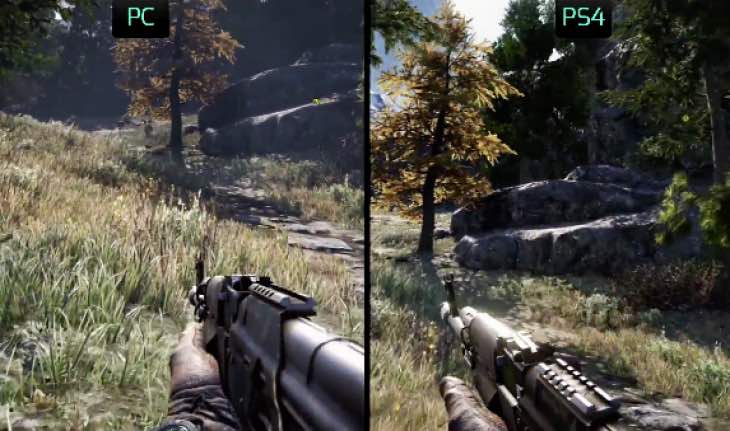 The PC version is noticeably nicer in other shots such as grass textures, although we’ve spotted that in the YouTube comments for the video below – gamers are saying that it isn’t a ‘true’ Ultra setup as AMD is used and not NVIDIA. 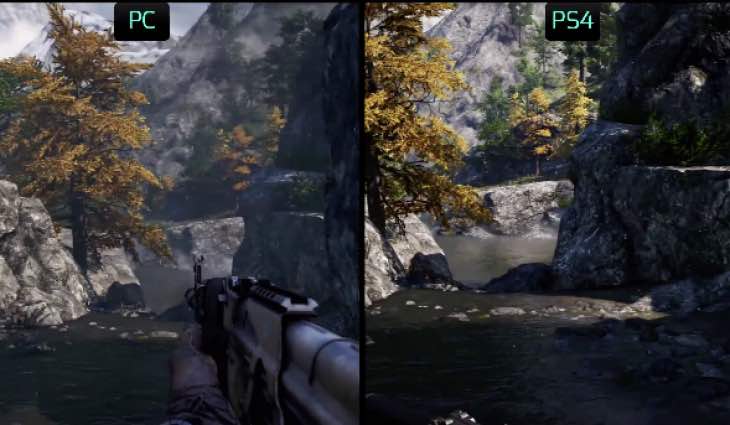 The screenshots here are just included as an example to give you an idea, but they don’t really do it justice. Make sure you watch the video below from start to finish, then tell us what you think of this graphics comparison.

Is PC that far ahead of PS4 judging on this comparison or not?