If you were under any doubts that Far Cry 4 wouldn’t be a big game in terms of scope, we have something for you now to change that perception. The Far Cry 4 map has leaked, giving you an exact heads-up on the Far Cry 4 map in full size which confirms that the game will indeed be big.

We can tell you that the adventure will be set in the fictional region of Kyrat, which as we told you previously here, has been based on the himalayan region of Nepal.

We had hints from Ubisoft in the buildup to launch, suggesting that the map size of Far Cry 4 would be similar and comparable to that of Rook Island from Far Cry 3. 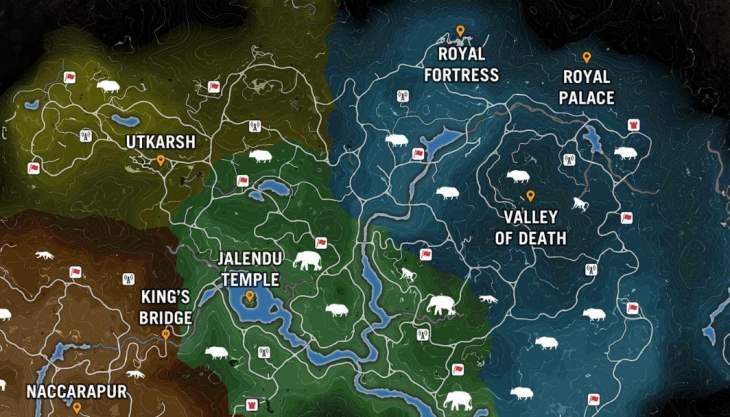 Now we can bring you a series of images which have appeared on Reddit and Imgur one week in advance of the official Far Cry 4 release date of November 18.

We have split up the map into three sections, two of which show the main bulk of the map, while the other image shows the points of interest and more importantly – a Far Cry 4 animal list location guide on the map too. 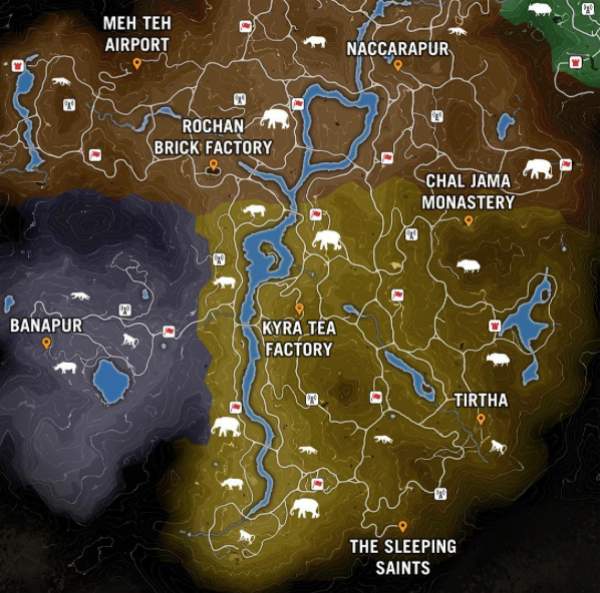 If you follow the key accordingly, you should be able to make out where your points of interest are going to be by the time you pick up the game at launch. Take a look at it and let us know what you think. 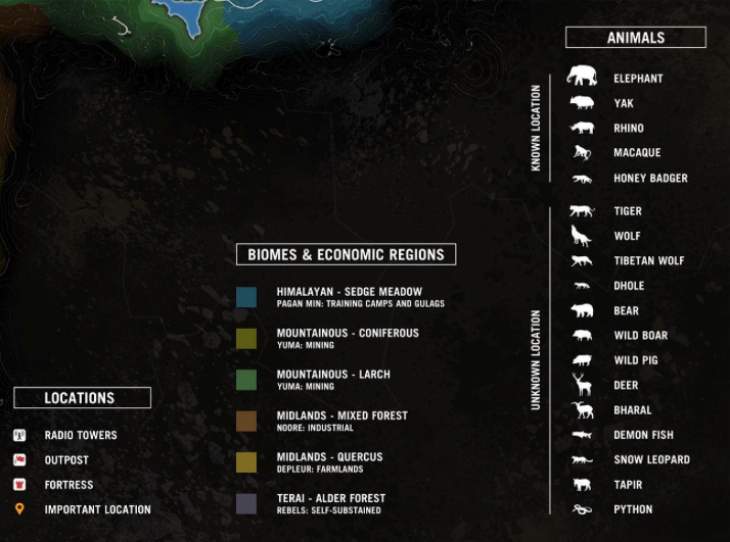 How pumped up are you about Far Cry 4 arriving soon?