The Far Cry 4 1.02 update is live with full patch notes revealed below for the PS4 version of this game. Not only has this title only just released, but we’ve already seen the 1.01 patch within the last week and now another has released with a long list of fixes.

These bug fixes within the Far Cry 4 1.02 update include those for crashing, host migration problems, localization issues, stability fixes for custom online matches, a fix to aiming for certain weapons, and much more for both PS3 and PS4. 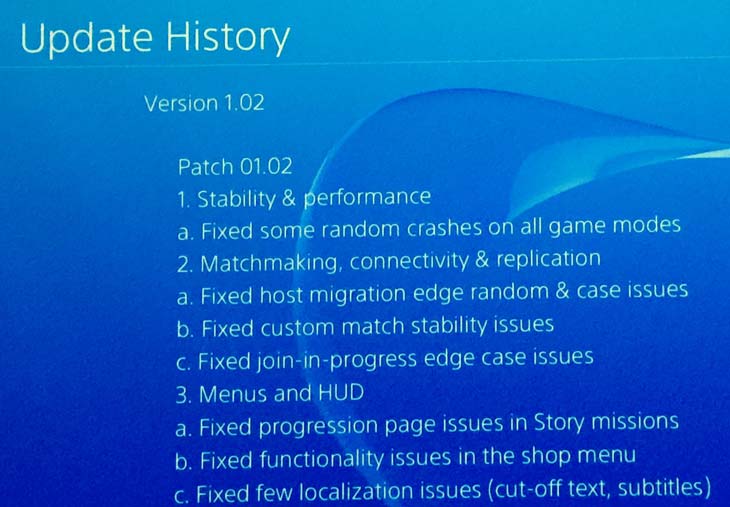 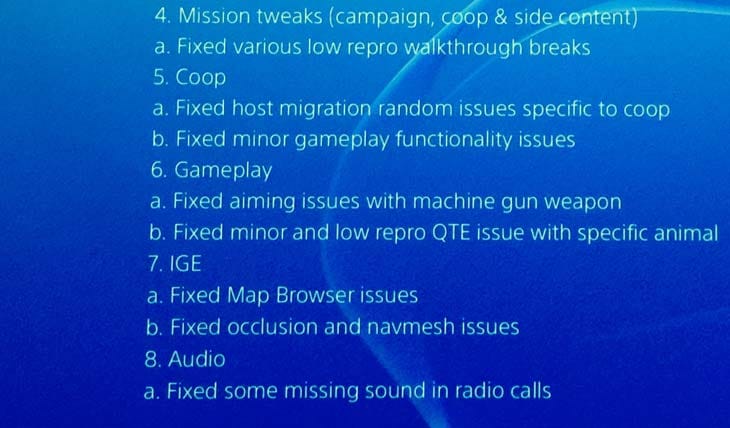 You can see the full list of fixes above and while some players will wonder why this title launched with so many errors, others are happy it did release on time and gained a couple of patches so quickly. Other developers might have held off a launch, and then offered a delay to a games release until these types of bugs were fixed.

What problems still remain in Far Cry 4 that need a fix with the next 1.03 update on PS4, or PS3? If you still have problems, then we’d love to hear about them and what platform they are on in the comments.

It’s worth pointing out one of the fixes was exclusive to PlayStation 4. This involved co-op mode only and would stop one of the players from progressing to the game lobby, although this has been fixed within this patch.