It looks like some Far Cry 4 players are having big problems with the digital version of the game. Gamers have been complaining specifically about a Far Cry 4 0x87de07d1 error on Xbox One that keeps appearing, with Ubisoft now officially acknowledging that there is an issue.

As far as we’re aware, this problem has been ongoing since the end of December. However with the Holiday break, Ubisoft nor Microsoft were available for an instant fix and it has now dragged on into the first week of January.

You can see a collection of complaints about the specific error message over on Twitter, while there are pages and pages of information detailed on Ubisoft’s own forums for the game. Players are frequently also seeing the game shoot back the question on Far Cry 4: “Do you own this game or app?” 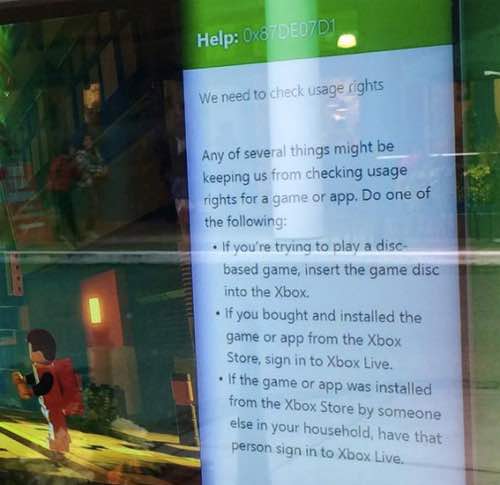 Meanwhile, Ubisoft has issued a statement somewhat on the same forum link above. The community manager for the game ‘Mr_Shade’ has confirmed that Ubisoft are now actively investigating this problem, but also advise players to contact Xbox support too.

This is due to the fact that the issue may be linked to Far Cry 4 digital versions being removed from the Xbox Marketplace, which may have in turn caused an incompatibility error for all digital versions of the game, even copies that have already been purchased.

We’ve done some further digging and it looks like the Xbox One error code above is related to DRM – according to Microsoft’s own description for that specific error code on the console.

Hopefully both Ubisoft and Microsoft can fix this as soon as possible and everyone with a digital copy will be able to play as normal by the weekend.

For now, let us know what is happening with your digital copy of Far Cry 4. Are you able to play without any problems or are you seeing the same message?