Before each match is played you can partake in a bit of fun by way of the Fantasy Rugby World Cup interactive ESPN online tool. You won’t really have much time to create you own fantasy team ahead of today’s game between Scotland and Japan, but there are other matches throughout the tournament.

We will look into that in more detail in a moment, but we thought you might want to download and print this Rugby World Cup 2015 PDF of the match schedule. The pool phase runs until October 11, and after will be the knockout stage from October 17. 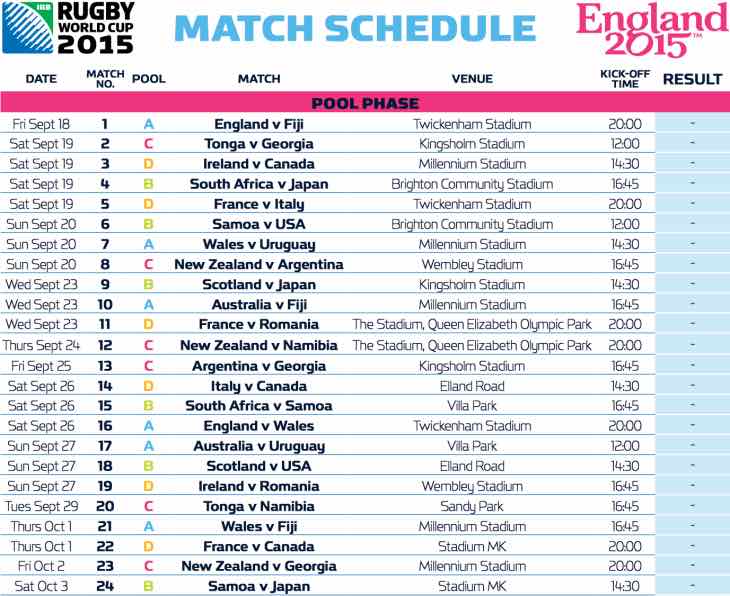 Play the ESPN Fantasy Rugby 2015 now by first selecting a 15-man team of world-class players. They will then score points for you during the tournament, and if you are unhappy you can transfer players daily so that you have a better chance to beat other players you are competing with in the hope of winning prizes.

Once you have chosen you desired team you just select save my team and wait for the game to begin. Today is day 4, but don’t worry because there is still ages to go during this current tournament.

There are three matches being played today, the one that we mentioned above, and also Australia Vs Fiji and France Vs Romania.