The countdown to the World Cup 2014 will soon enter its last 24 hours and if you have yet to create your very own Fantasy Football World Cup 2014, then you might wish to do so very soon. There are a number of ways in which you can create your ideal team, and one of those would be by using an app.

Fantasy iTeam for the 2014 World Cup Brazil is free to use and there are versions for the iPad, iPhone and Android devices. The app gives you the ability to choose from 736 players from 32 squads, where you will then be able to create your ultimate World Cup team.

This app is based on the very popular English Premier and Champions League fantasy football, although if you were thinking of creating the ultimate 2014 World Cup fantasy football team, then you had best hurry, as you only have until 10 minutes before the first game of the tournament, which is between Brazil and Croatia. 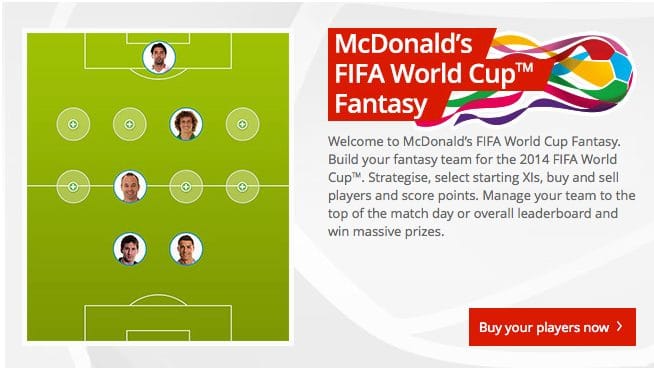 If this app is not for you, then maybe you should give McDonald’s FIFA World Cup Fantasy a try at creating your best fantasy team. The idea is to create the best 2014 FIFA World Cup, although you have to do this within your budget.

Now that you have created your World Cup 2014 squad, you then have to make your selection as to who will start in your final 11 line-up. All that is left is for you to manage your team as best you can, and if you are lucky you will win a few prizes along the way.