Following on from the big reveal of Zangief in Street Fighter 5, we have an early look at another character. It appears that Japanese magazine Famitsu have gone live a bit too early with some Laura Street Fighter 5 screenshots.

Laura is another brand new fighter introduced in the game and the main talking point is that she originates from Brazil. This is relevant as fans are still waiting for Blanka in Street Fighter 5 to be confirmed and it is really interesting to see that Laura appears to have electricity based attacks – just like Blanka.

Famitsu went live with a batch of screenshots, only for them to be taken down soon after. That’s because Capcom hasn’t even announced the character yet and are likely to do so at some point this month. 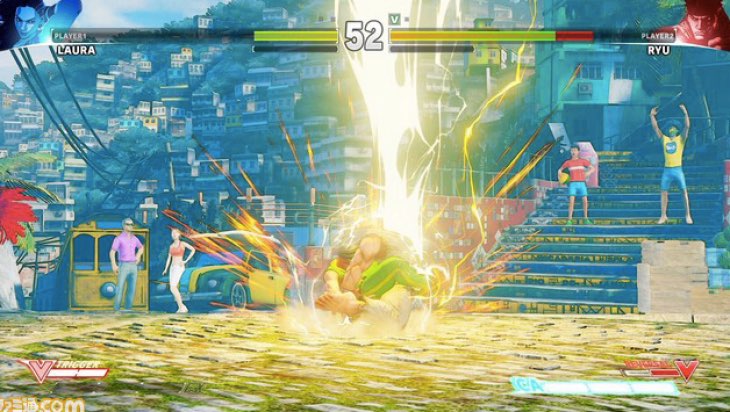 The good news however is that the evidence has already been saved – check out the full gallery in HD if you missed it over the weekend.

What are your thoughts Laura’s design, as well as lightning-based attacks? Is there possibly some sort of connection with Blanka which we will find out in the build up to release?

Take a look at the images and let us know what you think.